China Lecture Series: Minority Policies of the PRC, With Case Studies on the Miao and the Mongols 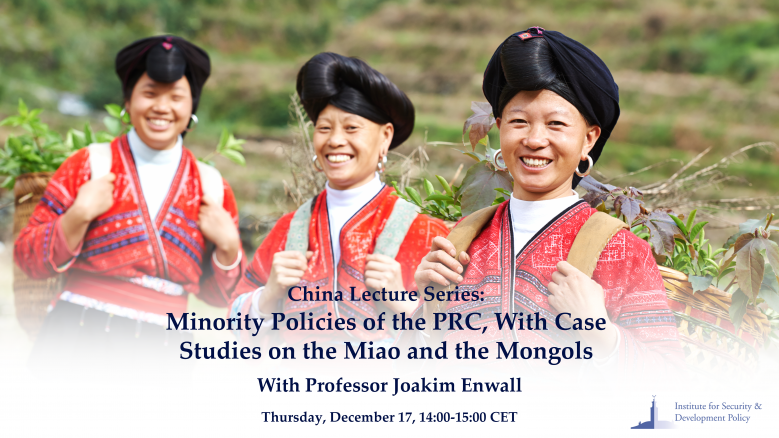 The existence of substantial ethnic minority groups in China is closely related to the last 3,000 years of territorial expansion of the Han Chinese, but particularly to the two large foreign empires of the Mongols (Yuan) and the Manchus (Qing). The wish to hold on to the imperial territory, combined with Marxist-Leninist ethnic minority policies, has created a complex pattern of promoting and suppressing ethnic minorities in the People’s Republic of China. In this virtual lecture, Professor Joakim Enwall will give a lecture titled “Minority policies of the PRC, with case studies on the Miao and the Mongols”, in which he will trace the policy trends during the past 70 years and hint at possible future outcomes.

The event will be moderated by Professor Torbjörn Lodén, Head of ISDP’s Stockholm China Center.