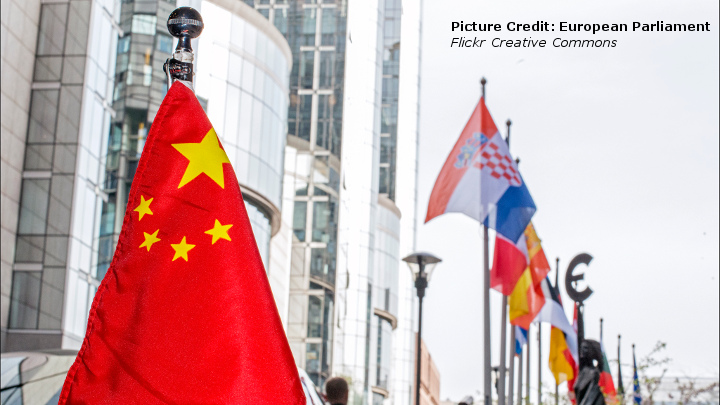 It is with great pleasure that we invite you to the launch of the ISDP Stockholm-China Center- a center designed to facilitate a more nuanced understanding of contemporary China and the development of Sino-European relations. During this half-day seminar we will present a selection of ISDP’s research and discuss China’s external relations and security and development issues, before finishing with a glass of wine.

China and the Arctic

With Prof. Rasmus Gjedssø Bertelsen, Barents Chair in Politics at the University of Tromsø, at the Arctic University of Norway & Dr. Sandra Cassotta, Associate Professor at Aalborg University in Denmark.

Shifts in the globalization, state power and climate change have raised China’s interest in the Artic region. Resources such as fishing, mining, energy and shipping are opening up, and as a result, political attention to the region is on the rise. Two leading experts on the subject, Prof. Rasmus Gjedssø Bertelsen and Ass. Prof. Sandra Cassotta will discuss the changing situation with a particular focus on China’s role.

The Perception of China

China has taken large steps toward openness and modernization in the past decades. This has led to increased contact between China and the West, with a clash of fundamental differences in political perspective and historical experience as a result. During this panel, we will ask our distinguished speakers, Professor Torbjörn Lodén and Professor Tony Fang how cultural perceptions of China have developed, and the progression witnessed in China’s development models. Seen from a larger global perspective, how can these developments be regarded, and which challenges do they bring?

China and its Neighbors

With tensions on the rise in East Asia, the world is closely monitoring the state of relations in the region. While North Korea’s missile and nuclear tests, regional strengthening of military capabilities and territorial disputes in the South China Sea create rising tensions, there are also efforts to increase cooperation in areas such as trade and scientific progress, particularly in Central Asia. Dr. Sangsoo Lee, Dr. Niklas Swanström, and Dr. Lars Vargö will discuss recent developments in China’s relations with its neighbors, focusing on North Korea, Central Asia and Japan.

Following the discussions, we hope you will join us for a reception including refreshments.