Global Jihad, Islamic Radicalism, and the Challenge to Europe 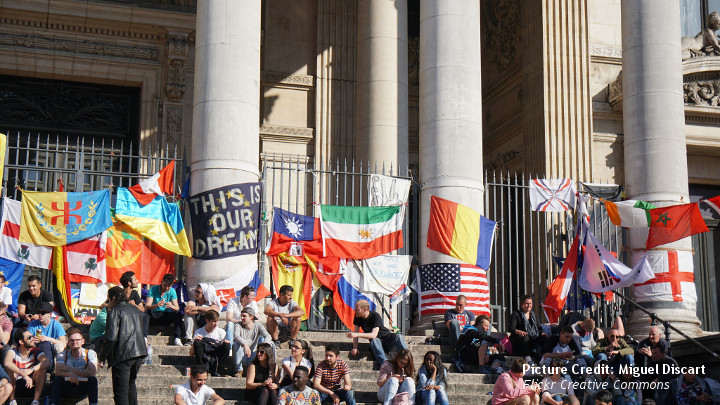 Global Jihad, Islamic Radicalism and the Challenge to Europe

Over the past year, several devastating terror attacks have hit European countries. The rise of Daesh has caused an increase in jihadi terror and extremism throughout Europe.  So-called jihadi travelers are a growing problem in several European countries, and violent Islamist extremism has become a top security threat for Europe as a whole.

Together with Institute for Security & Development Policy (ISDP), Frivärld (Stockholm Free World Forum) is pleased to welcome you to the lecture and seminar “Global Jihad, Islamic Radicalism, and the Challenge to Europe”. During the event, keynote speaker Matthias Küntzel will give a presentation of the ideological origins of Islamic radicalism and jihadism. The lecture will be followed by a panel discussion where Annika Borg and Aron Verständig will comment on the situation in Sweden as well as how the West is approaching this challenge.

Dr. Matthias Küntzel, a political scientist residing in Hamburg, Germany, is the author of ”Jihad and Jew-Hatred: Islamism, Nazism and the Roots of 9/11” (Telos Press 2007). His essays on Islamism, Antisemitism, and Iran have been published in The Wall Street Journal, The New Republic The Israel Journal of Foreign Affairs, Standard, Die Welt and Die Zeit. Küntzel is a member of the German Council on Foreign Relations.

Dr. Annika Borg is a writer, columnist and priest in the Church of Sweden.  She holds a PhD in Theology from Uppsala University and has studied at the Swedish Theological Institute in Jerusalem. Borg is an active contributor on religious-, gender- and societal issues and frequently appears on TV and radio and in major Swedish newspapers.