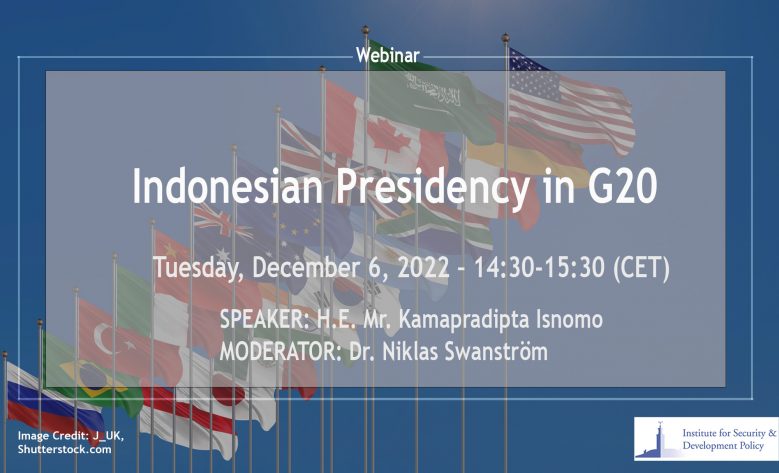 Indonesia as the host of the G20 Presidency in 2022 carried the spirit of recover together as the world is currently under pressure of multidimensional crisis due to the COVID-19 pandemic. Therefore, there is a need for joint and inclusive efforts in finding a way out or solutions for recovery. Indonesia has committed to encourage the G20 to produce concrete deliverables in the priority sectors. Several concrete deliverables that have been pointed out from the result of Leaders’ Declaration 2022 are such as followed: Prior to his position as Ambassador to the Kingdom of Sweden concurrently to the Republic of Latvia, Kamapradipta Isnomo (Kama) was the Director of Social and Culture and International Organizations of Developing Countries at the Directorate General of Multilateral Cooperation from 2017 to 2020. Between 2011 to 2014, he was Deputy Director for Asia-Pacific and Africa Intra-Regional Cooperation at the Directorate General of Asia-Pacific and African Affairs.

He completed an undergraduate dual degree in international relations and media communications at Webster University in St. Louis, United States in 1994 and a post-graduate degree in political science at Leeds University in Leeds, United Kingdom in 1999.