ISDP Forum: Turkey – A Key Player in the Region and Beyond 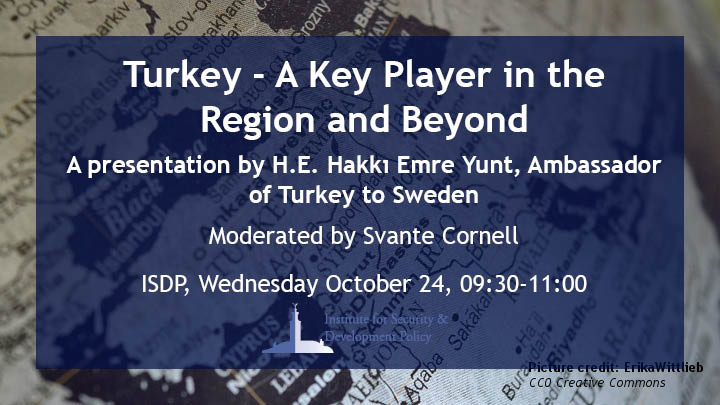 As the largest economy in the Middle East and strategically located at the crossroads of Europe and Asia, Turkey plays a large role in international affairs. In this ISDP Forum, H.E. Hakkı Emre Yunt, Ambassador of Turkey to Sweden will give an exposé of Turkey’s foreign policy, focusing on Turkey’s role in the Middle East, relations with the EU and how both public and private Turkish institutions and entities engage with other countries. After the Ambassador’s presentation there will be time for Q&A with the audience. The Forum will be moderated by Dr Svante Cornell, Director of ISDP.

H.E. Hakkı Emre Yunt is the Ambassador of Turkey to Sweden since 2017. He was the Turkish Ambassador to Qatar between 2009-2013, and previous postings include Iran, the United States and China.