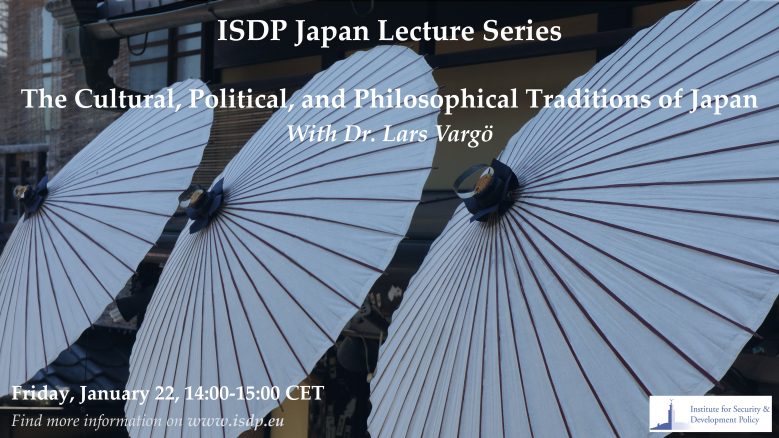 For the fourth installment of our Japan Lecture Series, the Head of ISDP’s Stockholm Japan Center, Dr. Lars Vargö, will give a lecture on the cultural, political, and philosophical traditions of Japan.

Japanese history has fascinated Westerners for hundreds of years. It is, geographically speaking, a relatively small nation, but its global impact has been anything but small. During the last two millennia, it has seen domestic developments that are simply mind-boggling. This lecture will go through some of the main trends in Japan’s cultural, political, and philosophical developments, from ancient times until the present.