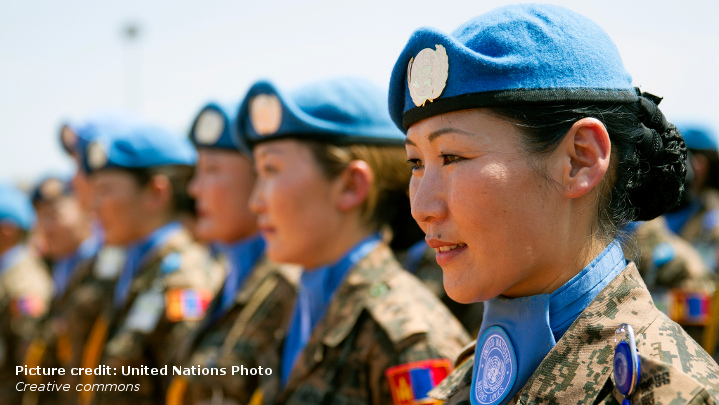 Last year, the first United Nations Security Council resolution on Women, Peace and Security celebrated its 15-year anniversary. It was a year of high expectations, not least on the encompassing Global Study and resolution 2242 adopted at the 2015 Open Debate in the Security Council. While resolution 1325 has created a platform for recognizing the importance of women’s participation and integrating a gender perspective in working towards international peace and security, last year’s celebrations created a sense of anticlimax. We now need to look to the future to identify constructive pathways forward. This is not least central for Sweden’s upcoming seat in the Security Council.

One pathway less travelled concerns the role of men and boys where the new Resolution 2242 emphasizes their participation. What are the implications of that?  More specifically, to what extent has the agenda on women, peace, and security been able to deal with issues of gender and power? What are the advantages and disadvantages of an increased focus on men and masculinities? And how could an increased focus on men contribute to a better implementation of an agenda for women, peace, and security?

Louise Olsson, PhD, is a Researcher at the Department of Peace and Conflict Research, Uppsala University, and Senior Advisor on Gender, Peace and Security at the Folke Bernadotte Academy, where she, among her many tasks, leads an international Research Working Group promoting empirical research on issues related to UNSCR 1325 in international conflict resolution.

Elin Bjarnegård, PhD, is Associate Professor at the Department of  Government, Uppsala University, where she is Senior Lecturer in Development Studies. Dr. Bjarnegård is author of several publications on gender equality policies and the role of men and women in politics, and she is starting up a new research project on gender aspects of electoral violence in Myanmar and Cambodia.

Emma Bjertén-Günther joined SIPRI as a Research Assistant with the SIPRI Security and Development Programme in February 2015. She holds a master degree in Politics and International Relations with a specialization in Peace and Conflict Studies from Uppsala University. After working with gender mainstreaming within the Swedish Central Administration, Emma is currently working on several projects relating to gender, security and development.