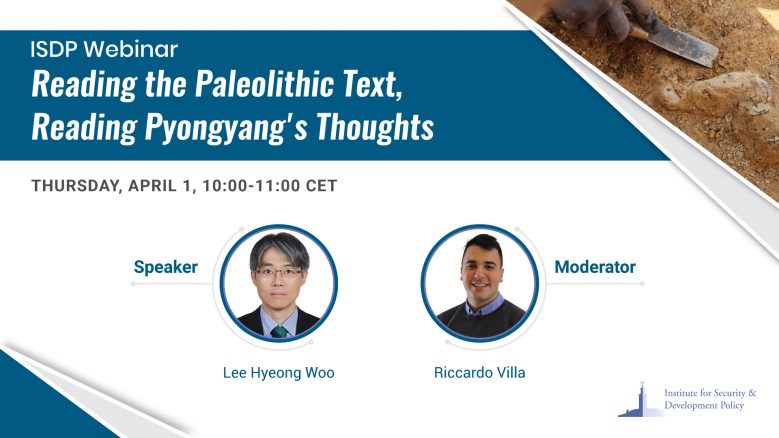 Archeology aims at reconstructing past human behavior through material cultures. In a broader context, outside of academic pursuit, archeology might be interrelated, in certain socio-political contexts, to political objectives, such as ethnic identity. There are many examples of the usage of archeology for contemporary political purposes. The case of the Democratic People’s Republic of Korea provides insight into this. North Korea pays special attention to the Paleolithic period in order to find a unique and continuous lineage for the Korean People.

Paleolithic studies in DPRK have been initiated from the 1960s after the full-scale excavation of Gulpori site. The discipline of Paleolithic Archeology has been consistently carried out in spite of sporadically internal turmoil periods in the DPRK. The relevant scholars have generated their own Paleolithic framework. DPRK Paleolithic archaeology does not deviate from contemporary socio-political contexts. Although the Paleolithic records are basically the result of remote period human behavior, the record implicitly represents contemporary socio-political consensus. Therefore, reading their Paleolithic records offers the opportunity to exploit the tenets of Pyongyang’s un-carved thoughts. Ethnic identity and the idea of a common and homogeneous ethnic lineage, even throughout Korean prehistory, has become one of the central issues in Pyongyang’s ideological tenets.

ISDP is honored to have Dr. Lee Hyeong Woo, Visiting Fellow at ISDP,  give an overview of the development of North Korea’s approach to Paleolithic archeology and explain the connections between the field and Pyongyang’s ideology. Riccardo Villa, Project Coordinator at ISDP’s Korea Center, will moderate this event.