The Screams from Hong Kong Are Heard, but Who Is Listening? 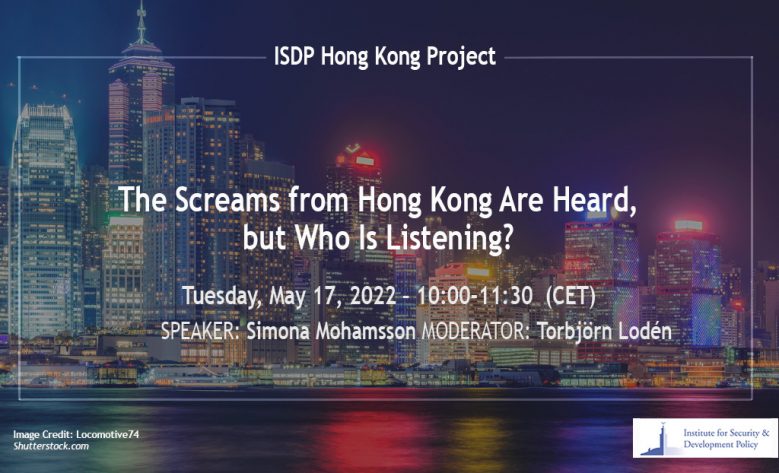 The city which has been the symbol of the gate between East and West has become a window for the Chinese Communist Party’s power ambitions and brutal oppression. What is happening in Hong Kong now has come to be described as a defiant battle between David and Goliath. Even when Hong Kong was handed over from Britain in 1997 to China there were critics who said it was naive to think that Beijing would keep its fingers crossed for the 50 years promised. These critics are now right. Over time Hong Kongers have shown courage and demanded a response from the outside world. Their cries have been heard but has the outside world listened and dared to act towards an increasingly powerful China?

Simona Mohamsson is a Swedish politician, human rights activist and debater who published the book “Hong Kong RIP” in 2019. She is a member of the Central Secretariat of the Inter-Parliamentary Alliance on China (IPAC). Simona participated as a Swedish election observer during the elections in Hong Kong 2019 together with parliamentarians from 10 different countries.

Torbjörn Lodén, the Head of the Stockholm China Center at the Institute for Security and Development Policy, will moderate the event.