Transatlantic Perspectives: The Race for 5G – Making and Breaking Partnerships 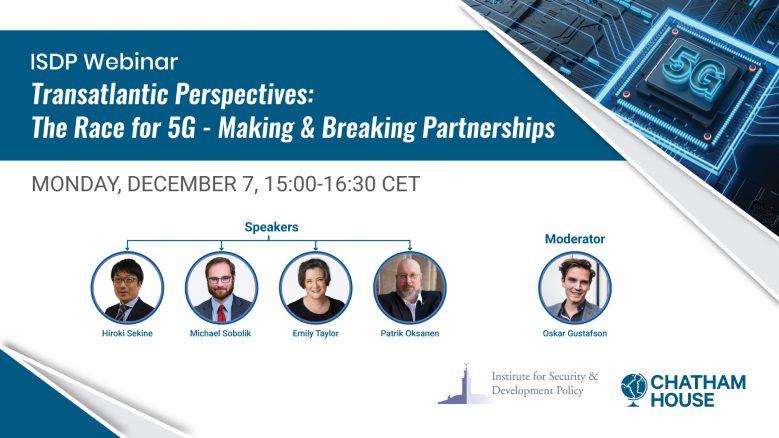 The fifth generation of telecommunication systems or 5G is considered to be the critical backbone to realizing the advanced digital economy and connected societies over the next decade. Policymakers across the world have recognized that early deployment of national 5G infrastructure determines global competitiveness and have backed 5G network development through any necessary government support.

New leaps forward, however, do not come without risks and many nations have already raised huge concerns over data protection and national security, particularly when it comes to the country with two of the biggest 5G telecommunications providers – China. Both Huawei and ZTE have faced an increase in restrictions and outright bans from Western nations who point to the risks of placing critical national infrastructure in the hands of companies that are obliged to share information with the Chinese government.

In the wake of wide spreading fears to security threats over 5G infrastructure, governments carefully examined the security standards to protect their country from such threats. The U.S. has recently undertaken the Clean Network Program, Washington’s approach to safeguarding the nation’s assets including citizens’ privacy and companies’ most sensitive information from aggressive intrusions by malign actors. Will this initiative gain the momentum it needs to bridge interests across the Atlantic and unite important European actors including Ericsson and Nokia? And can a more comprehensive alliance be built even further afield with partners such as the Five Eyes members and Japan?

ISDP is very pleased to bring together four experts on the topic of 5G telecommunications technology and the subsequent tensions with China for a virtual discussion for our Transatlantic webinar series.

Hiroki Sekine – Visiting Fellow at both Chatham House and ISDP. Sekine was director of the policy and strategy office for financial operations at Japan Bank for International Cooperation (JBIC) from July 2016 until June 2019 and served as senior advisor to the corporate planning department at JBIC until December 2019.

Emily Taylor – Associate Fellow with the International Security programme at Chatham House and Editor of the Journal of Cyber Policy. Taylor is CEO of Oxford Information Labs, author of research papers on a range of issues including 5G and geopolitics, and is a frequent panellist and moderator for conferences and events around the world.

The event will be moderated by Oskar Gustafson, Editor and Project Manager at ISDP.