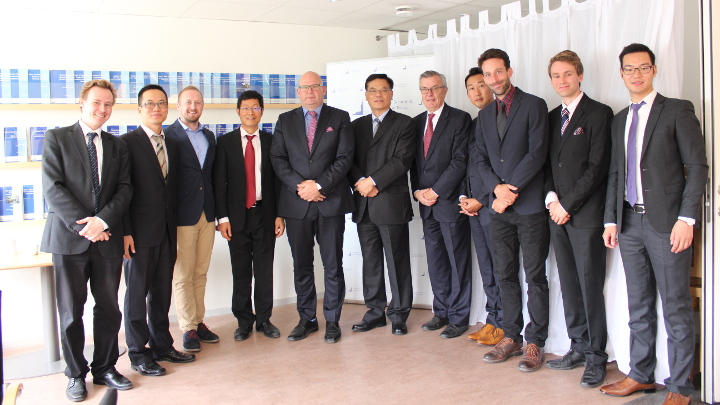 On August 29 to September 1, 2017, ISDP welcomed a delegation from the China Institutes of Contemporary International Relations (CICIR), led by Vice President Fu Menzi. ISDP and CICIR formalized cooperation by signing a MoU in 2011, but had established relations several years earlier.

This time, the delegation visited Sweden in order to discuss China-EU relations, the Arctic, and maritime security. The week started with an internal roundtable at ISDP, before the delegation went on to meetings with think tank representatives, universities and government officials, including visits to the Parliament and Ministry for Foreign Affairs.

ISDP wishes to thank the CICIR delegation, as well as everyone who contributed to making their visit to Sweden interesting and fruitful.