ISDP organized a roundtable with the Korea Institute for National Unification 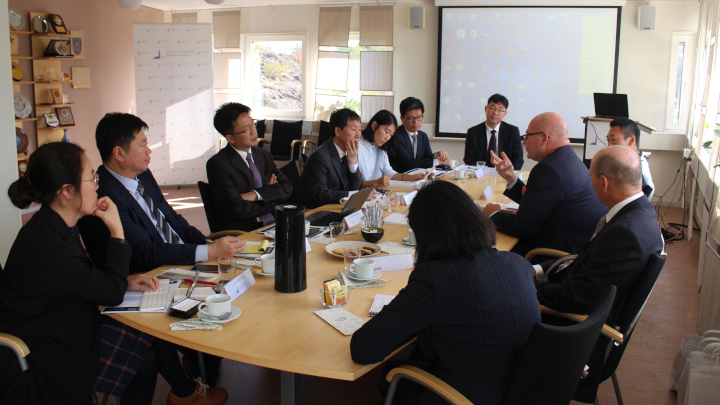 On September 13, 2018, ISDP welcomed a delegation from the Korea Institute for National Unification (KINU) for a discussion centering on Sweden’s potential role in the Korean unification process. Sweden, with its vast experience in international mediation, is the “protecting power” of the U.S., Canada, and Australia in North Korea and has been a member of the Neutral Nations Supervisory Commission (NNSC) since 1953.

The event began with a presentation from Dr. Sangsoo Lee on Sweden’s involvement and cooperation with South Korea for peace on the Korean Peninsula through dialogue, humanitarian aid, non-proliferation and disarmament, as well as possible energy support to North Korea. ISDP’s Major General (ret.) Mats Engman, noted of the value that support from Sweden could bring during the negotiation process of a peace agreement between the two Koreas. The advantage of existing agreements that hold legality and credibility simplifies the implementation of fast-track approaches to a peace agreement. Major General Engman added that the continuity of Sweden’s presence on the matter of the Korean unification process may contribute to the improvement of relations between the two Koreas.

Lastly, ISDP Director Niklas Swanström discussed the ability to transfer the Nordic model to East Asia as a way to inspire inter-Korean relations. The model, rather than creating formal security organizations, allows for informal dialogues and consensus-building between concerned countries. The current ability to tackle soft security issues in Korea will support the main negotiations between North Korea, South Korea, the U.S., and the international community. The delegation from KINU and ISDP agree that Sweden has the capability to be a platform for future negotiations between key parties.