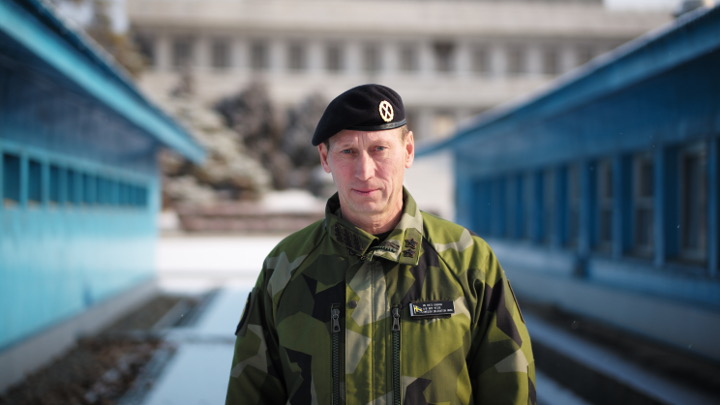 Maj Gen (ret.) Mats Engman’s extensive background of over forty years in both analytical and policy-oriented military positions will bring invaluable strategic thinking to the Institute. With his first-hand experience, he will be able to share insights of military diplomacy, operational logic and even practical military considerations which will give our strategic policy work a refined and tactical approach.

Maj Gen Engman was commissioned in the Swedish Air Force in 1976 and has predominantly served in joint and international positions. Among those are; two times as a UN military observer in the Middle East, three years as the Defense attaché to the United Kingdom and the Republic of Ireland, Instructor in strategy at the National Defense College, Deputy Director of the Military and Security Directorate and Head of the International Department at the Joint Staff.

His most recent assignment was as Head of the Swedish Delegation to the NNSC, in South Korea from 2015 to 2017. The Commission was set up as the only independent body within the Armistice Agreement in 1953, part of the mechanism regulating the relations between the Democratic People’s Republic of Korea (North Korea) and the Republic of Korea (South Korea). The NNSC observes and files independent reports on Armistice activities conducted by the United Nations Command on the southern side of the De-Militarized Zone.

Given the current state of tensions on the Korean Peninsula, Maj Gen Engman’s unique experience will provide an invaluable source for forecasting foreign-policy developments. Speaking about the issue recently on Swedish Radio, Mats Engman emphasized that the heavy military concentration of firepower in such a narrow geographical area means that the occurrence of even a small incident risks being a catalyst to an event with much greater and graver global consequences. One way to reduce the eventuality of an unintended escalation would be to introduce “military risk reduction mechanisms” and begin a series of confident and determined security building measures. The newly re-opened dialogue between the parties can pave the way for such initiatives.

Maj Gen Engman is a graduate from the Swedish Command and Staff College, as well as the Geneva Centre for Security Policy. He has also attended the US International Intelligence Fellows program at Bolling AFB, the US Senior International Defense Management Course in Monterey and the United Nations Senior Mission Leaders Course in Amman, Jordan.

Maj Gen Engman has appeared several times in Swedish media to comment on international military developments, including topics of Asian security, international peace-keeping and Baltic security. Amongst his many accolades, he has been awarded the US Legion of Merit and the Republic of Korea’s Order of National Security Merit Cheonsu Medal.