Roundtable with Dr. Mubariz Gurbanli, Chairman to the State Committee on Religious Associations of the Republic of Azerbaijan 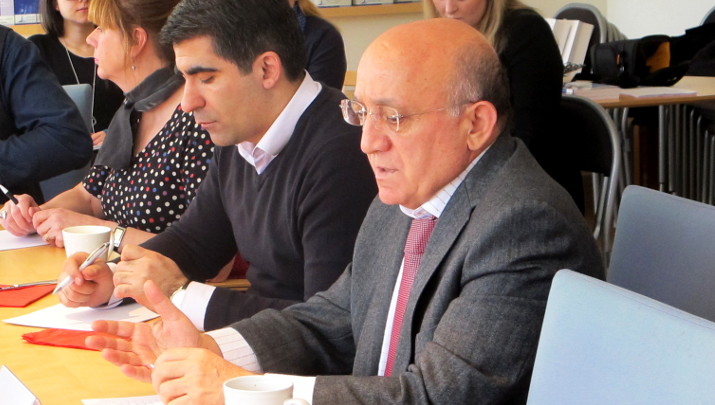 On Monday, April 11, ISDP welcomed Dr. Mubariz Gurbanli, Chairman to the State Committee on Religious Associations of the Republic of Azerbaijan for a discussion on the topic “Challenges to Azerbaijan’s Development: Managing Nagorno-Karabakh, Changing Geopolitics and Religious Radicalism”

Dr. Gurbanli is a historian by training, having served as Prorector of the Azerbaijan State University of Culture and Arts, and was first elected to parliament in 1995. He was subsequently appointed Deputy Executive Secretary of the ruling New Azerbaijan Party, and in 2014 was appointed Chairman of the State Committee for Work with Religious Organizations.

The attendants took the opportunity to discuss Azerbaijan’s efforts to fight religious radicalism and promote secular governance, as well as the current geopolitical flux in the South Caucasus, including the conflicts in Ukraine and Syria; Turkish-Russian confrontations; and the flare-up of fighting that has taken place along on the cease-fire line in the Armenian-Azerbaijani conflict over Nagorno-Karabakh.