A Summary of the ISDP Forum “After the Test: North Korea and the Nuclear Dilemma” 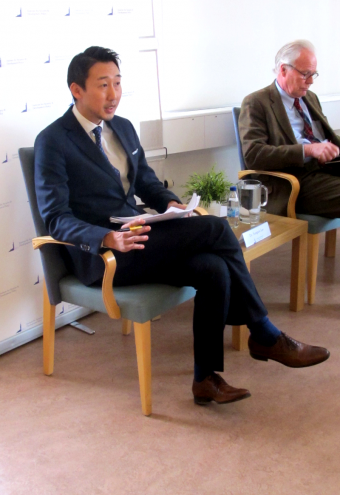 North Korea’s fourth nuclear test last month, in addition to its ostensible satellite launch on February 7, reflects Pyongyang’s intentions to disregard international censure of its nuclear ambitions. On account of the recent developments, ISDP arranged a forum to discuss the tests, the response from the international community, as well as steps forward towards potential resolution of the nuclear crisis. The panel was comprised of Dr. Niklas Swanström, Director of ISDP, and Dr. Sangsoo Lee, Research Fellow and Project Manager of ISDP’s Korea and China projects. The forum was moderated by Mr. Roger Svensson, Chairman of the ISDP Board.

Dr. Sangsoo Lee started by assessing the recent tests in the context of North Korea’s advancing nuclear program. Accordingly, he noted the consistency of its tests, at roughly three-year intervals, the technological advancements made, its strive to build a hydrogen bomb, as well as Pyongyang’s raised demands for a peace treaty as a pre-condition for negotiations over the nuclear issue.

Dr. Swanström followed up by arguing that North Korea’s nuclear program should not be seen as erratic, but rather as a long-term and consistent strategy to become a nuclear power. Looking at the geopolitical implications of the test, he noted how China had been placed under increased pressure to assert greater leverage over North Korea. However, increasing sanctions and U.S.-led military deterrence on the Peninsula entail threats to China’s economic and geopolitical interests which render its cooperation unlikely. Rather, Dr. Swanström argued that South Korea, with the largest vested interest in resolving the issue, needs to play a larger role in seeking peace and stability on the Korean Peninsula.
Following the initial presentations, questions were posed on a diversity of issues, which included: the source countries for North Korean nuclear technology; the intentions and strategic rationale behind the nuclear test; the impact of the closure of the Kaesong Industrial Complex on income revenue for the North Korean regime; the opportunities for re-engaging in dialogue; as well as the importance but also limitations of sanctions and pressure.

ISDP would like to thank our speakers and our audience for contributing to an interesting and fruitful discussion.