Video and Summary of the ISDP Forum “Where is Turkey headed after the Failed Coup?” 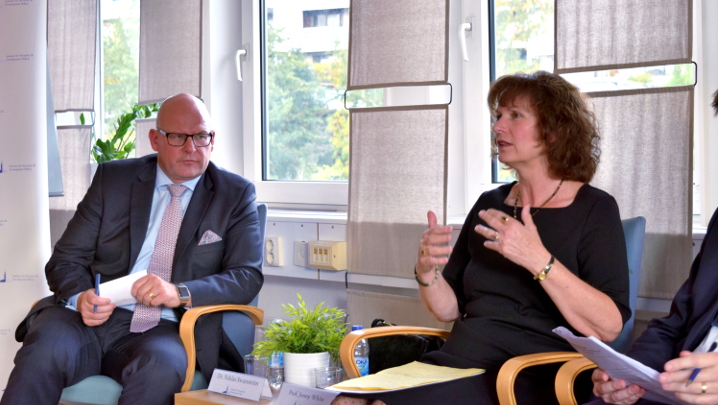 On September 22nd, the Institute for Security and Development Policy posed the question “Where is Turkey headed after the failed coup?”. To answer this question, an expert panel discussed the development of post-coup Turkey.

Watch a video from the event here.

Mr. Karaveli highlighted Turkey’s two current major challenges. Turkey needs to re-establish state order to prevent similar dynamics from playing out again. Establishing order is also fundamental to the Kurdish issue. He stressed the fact that throughout Turkish history, conservative order and conservative power structures have always prevailed. Therefore, from a mid-term perspective, we cannot expect that a liberal and peaceful order will be implemented.

Mr. Haugom, a specialist in Turkish civil-military relations, stated that most probably a broad mixture of people were involved in the failed coup attempt. The implications on the military will be remarkable since the chain of command will be more “civilianized”, particularly into the hands of the President. He also argued that the new army would be carefully balanced- strong enough to face the country’s challenges, but unable to launch another coup.

Dr. White explained that the West misperceives Turkey as being in a conflict between Islamic and Secular forces. Instead, she elucidated, Turkey is a complex tapestry of various socio-political “fractions” each acting within a deeply divided country. Essentially, this was a fight for both power and profit, which since the split between the AKP and the Gülen movement five years ago has evolved into an existential struggle for President Erdoğan.

After the discussion, Mr. Swanström moderated a Q&A session with the audience. One question, for example regarded Turkey’s military future as a NATO member. Another question considered Turkey’s recent engagement in the Syrian War.

ISDP would like to thank the three expert panellists, as well as the audience for their participation in what was an enlightening discussion on a topic of high significance.