Summary of the ISDP forum The War of Words – North Korea, the US and where to go from here 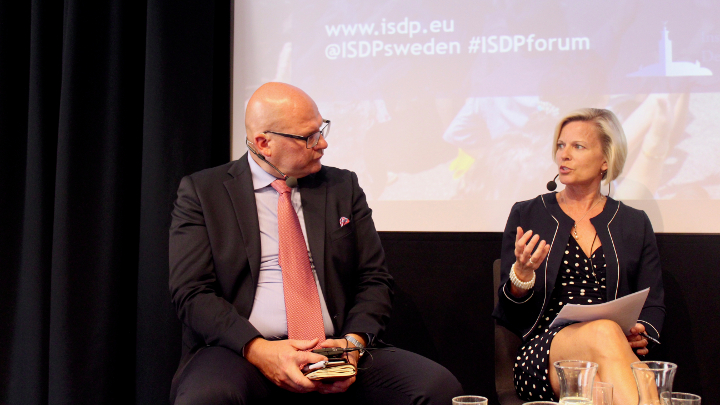 On August 16th the ISDP held a public event in Stockholm titled “The War of Words – North Korea, the US and where to go from here,” moderated by ISDP’s Deputy Chairman of the Board Anna Wieslander. During the forum Dr. Niklas Swanström, ISDP’s Executive Director, and Dr. Sangsoo Lee, Senior Research Fellow and Head of the Korean Peninsula Program, shared their insights into the ongoing stand-off between the DPRK and USA. The speakers touched upon several issues, including the political and technical dimensions of North Korea’s nuclear program, the rhetorical exchanges between Kim Jong-Un and Donald Trump, and the geo-political position of other actors involved in the international efforts at de-escalation. Given the heightened military tensions, there is significant potential for an escalation which could lead to conflict. In the speakers view, a preemptive military attempt to break the stand-off while technically possible is unlikely for political reasons. However, the absence of a direct line of communication and military to military contact makes a chain reaction caused by misunderstanding or human error more likely. It is therefore critical that an inclusive dialogue process is cultivated to mitigate the risk of conflict. The presentations by ISDP’s experts was then followed by a question and answer session in which the audience asked the speakers about topics such as the role of Sweden and the EU as mediating forces, the effectiveness of international sanctions and China’s involvement with the DPRK.