The Third Phase of the Peace Education Training Completed in Yangon 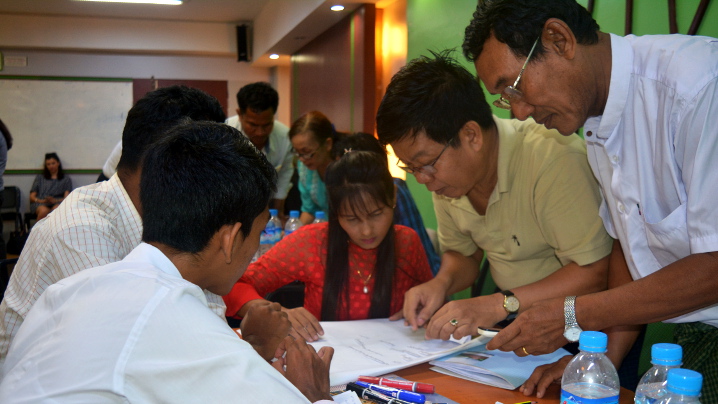 The third phase of the Peace Education Training program was held in Yangon, Myanmar between October 10-15, 2016. The training covered topics related to Myanmar’s peace process, including the new peace architecture, such as the Nationwide Ceasefire Agreement (NCA), a possible structure and framework of political dialogue, and the structures and bodies of the Joint Monitoring Committee (JMC) and the role of women in the peace process, amongst others.

The training was held in partnership with the Myanmar Minerva Education Center (MMEC) and was attended by 33 participants from communities long affected by decades of armed conflict in 7 states and 4 regions in Myanmar, including: Kachin State, Kayin State, Kayah State, Chin State, Mon State, Rakhine State, Shan State and Tanintharyi Region, Bago Region, Mandalay Region, and Ayeyarwady Region. The participants are leaders in their communities and are representatives of ethnic political parties and leading civil society organizations.

Presentations were given by Myanmar representatives who are actively engaged in Myanmar’s peace process from various backgrounds. The 6th day of the training focused on facilitation skills to better enable our participants to facilitate meetings/ national level dialogue. The training prepared the participants to replicate the trainings in their regions from November, 2016 to January, 2017.

This training was made possible due to funding from the European Union.