Video and Summary of the ISDP Forum “Kazakhstan 2041: The Next Twenty-Five Years” 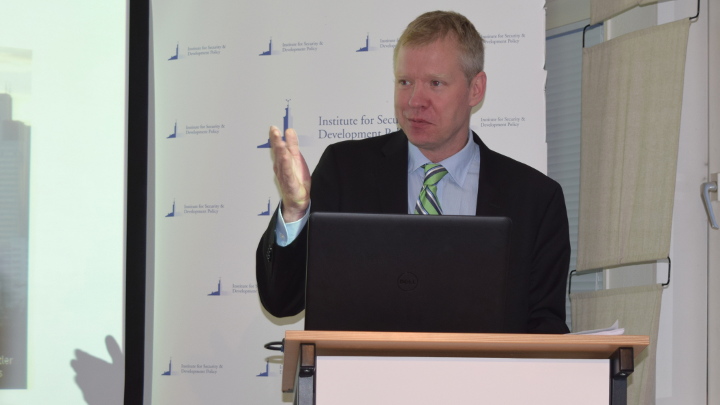 On November 16th, the Institute hosted a forum on the mid- to long-term future of Kazakhstan. Svante Cornell, co-founder and director of ISDP, and Johan Engvall, non-resident Research Fellow with the Central Asia-Caucasus Institute & Silk Road Studies Program, spoke about the topic and their Silk Road Paper “Kazakhstan 2041: The Next Twenty-Five Years”, which they co-authored along with S. Frederick Starr.

As the forum was held a quarter-century after the nation’s founding, Dr. Cornell and Dr. Engvall discussed Kazakhstan’s future prospects in the context of its current and recent pace of development.

Dr. Cornell emphasized the need to understand Kazakhstan’s challenges as well as its achievements. The latter notably include upholding a secular state model, the benefits of which may have been underestimated by other countries but which is not necessarily secured for the years to come.

Looking forward, Dr. Engvall discussed some of the long-term trends facing Kazakhstan. Among those is the demographic change that is already underway, marked by both significant population growth and urbanization. Facilitating this shift will require careful governance during the coming decades.

The Q&A session covered Kazakhstan’s role internationally, lessons it may learn from other countries’ development and several other issues.

For more information, find the “Kazakhstan 2041: The Next Twenty-Five Years” paper here.