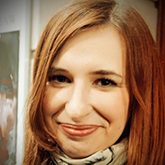 Barbara has worked for Polish embassies in Berlin and Singapore as well as various media outlets before embarking on her academic career. She has been a visiting scholar at universities in India, Japan and South Korea, including Jawaharlal Nehru University, University of Calcutta, Kyungpook National University and International Christian University.

Barbara was a junior coordinator of the joint project by Polish Ministry of Foreign Affairs and University of Warsaw, which established four Central Europe Centers at universities in South and East Asia (2016-2018). She has also the main coordinator of an Erasmus + project about Indo-Pacific (2019-2022)

Barbara’s fields of research are international relations in Southeast Asia, power politics and different aspects of power, great and middle power as well US relation with Asia and Indo-Pacific. She also does work on pop culture and its connection to international relations. Beside articles, both journalistic and academic, Barbara has written a monograph on US-Vietnamese relations and co-edited the “Handbook of Indo-Pacific Studies” (Routledge 2022).