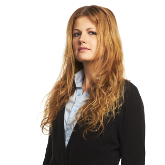 Christina Wenngren was Program Manager at ISDP’s Center for Transnational Threats until 2018. Her main areas of expertise are transnational organized crime, forced labour and trafficking in human beings. Among other things, she has co-authored “Russian Organized Crime: Recent Trends in the Baltic Sea Region”. Ms. Wenngren holds a MA in Political Science from Lund University, Sweden, with focus on International Relations and International Criminal Policy.

As part of her MA studies she did an internship at the International Organization for Migration (IOM).

Ms. Wenngren has previously worked for the Fair Labor Association, primarily with mapping and addressing forced labour and child labour practices. Ms. Wenngren frequently holds lectures to both law enforcement agencies and the private sector about recent trends in organized crime and trafficking in human beings. She is also a member of two EU expert councils where her expertise is sought on organized crime and trafficking in human beings.

Furthermore, Ms. Wenngren is the founder and CEO of Project Nima, a charity organization based in Sweden and Ghana. Project Nima works for the empowerment of children in the slum of Nima in Accra, by making them active participants in the work against child labour and trafficking in human beings in Ghana.