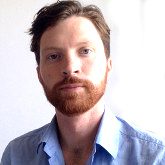 Elliot Brennan is a former Associated Research Fellow with the Institute for Security and Development Policy. He is the Southeast Asia analyst for the Lowy Institute’s Interpreter (Australia), a contributor analyst at IHS Jane’s Intelligence, and a non-resident WSD-Handa fellow with CSIS’ Pacific Forum (USA). He is a contributor on the Asia-Pacific with The Diplomat.

In recent years, Elliot has led policy planning workshops with the German Foreign Office, led dialogues and roundtables in Asia, acted as advisor to the former prime minister of Somalia, lectured at Yangon University and Otago Foreign Policy School, and has been a panelist at conferences such as the German Marshal Fund’s India Trilateral Forum and SIPRI’s International Conference on Economics and Security.

Elliot is a regular commentator in international media, including in The Wall Street Journal, Time Magazine, Financial Times, Huffington Post, Sky News, China-US Focus, and The National Interest, amongst others. His policy briefs and commentary have been translated into Burmese, Chinese, Japanese, Indonesian and Vietnamese.

His areas of research include conflict analysis, crisis management and resource security in Southeast Asia and the Indo-Pacific.