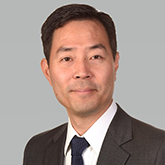 Frank Aum is the senior expert on Northeast Asia at the U.S. Institute of Peace. He oversees the Institute’s work on Northeast Asia and focuses on ways to strengthen diplomacy to reduce tensions and enhance peace and stability on the Korean Peninsula. From 2010 to 2017, he worked at the Department of Defense, including as special counsel to the Army General Counsel, special assistant to the assistant secretary of defense for Asian and Pacific Security Affairs, and senior advisor on the Korean Peninsula in the Office of the Secretary of Defense. During this time, he advised four secretaries of defense on issues related to Northeast Asia and the Korean Peninsula. Aum also served as the head of delegation for working level negotiations with the Republic of Korea on U.S.-ROK Alliance matters, and received the Secretary of Defense Medal for Outstanding Public Service.

Aum previously worked as a corporate attorney, and has extensive experience in the public and non-profit sectors. He completed a Fulbright Scholarship in Jeju Island, South Korea and worked as a speechwriter in the South Korean Ministry of Foreign Affairs and Trade. In addition, he worked to strengthen the Koreatown community in Los Angeles at the city’s Department of Neighborhood Empowerment and the Korean American Coalition (KAC). Aum received his AB from Dartmouth College, his MPP from Harvard University’s Kennedy School of Government, and his JD from the University of California, Berkeley.

He was the lead author of USIP’s 2020 report that examined the key aspects, opportunities, and challenges of a peace regime on the Korean Peninsula, co-author of a 2022 report that described a “peace game” tabletop exercise aimed at enhancing diplomatic risk-taking with North Korea, and editor of USIP’s 2022 essay series on new and creative approaches to resolving bilateral tensions between Japan and South Korea.