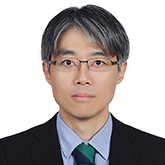 Professor Hyeong Woo Lee is currently a Visiting Fellow at ISDP. Professor Lee has been conferred his doctoral degree at Oxford University in 2000. As a professor of Jeonbuk National University, S. Korea, he teaches Paleolithic culture and human evolution. He has been a visiting scholar at McDonald Institute for Archaeological Research, Cambridge University (2008-2010). His major field of study is Paleolithic archaeology with an interest in interpreting the lithic variations of the Acheulian handaxes occurring in the Korean peninsula. Currently, he also works in reading the archaeological texts produced under contemporary political contexts.