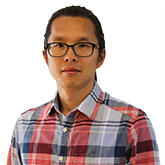 Mr. Jinsu Kim was an intern with ISDP’s Stockholm Korea Center through the autumn semester of 2020. Mr. Kim is currently undertaking a master’s in Political Science at Stockholm University. He holds a bachelor’s degree in Political Science from Konkuk University, Korea, where he wrote his BA thesis on the topic of the effect of globalization on human behaviors. Mr. Kim’s research interests lie in the different approaches to peacebuilding on the Korean Peninsula, such as the effects of bilateralism (e.g., U.S. and North Korea relations) as well as multilateralism (e.g., previous Six-Party Talks).