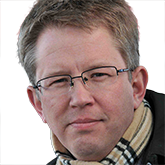 Jon Thunqvist is a writer and journalist with a focus on Japan and East Asia. He has travelled extensively in the region for more than three decades and was based in Tokyo between 1991 and 2010.

Starting out as editor of the Scandinavian programming at Radio Japan, the foreign-language department of Japanese public-service broadcaster NHK, Mr. Thunqvist later took on a position as Japan correspondent for Swedish Broadcasting Corporation as well as several other Scandinavian and English-language media outlets.

He has produced several documentaries on Japan, both for radio and television, mainly focusing on current affairs, science and energy.

In 2017, Mr. Thunqvist started Japanpodden – a bi-weekly podcast that is made in cooperation with ISDP.