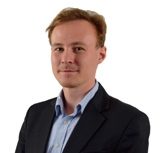 Mr. Julian Tucker is an Associated Research Fellow at the Stockholm China Center of ISDP. He recently completed his Master of Arts in Central Asian Studies at the Humboldt University in Berlin, Germany. He also pursued Uzbek language and history courses at the Samarkand State Institute of Foreign Languages in Uzbekistan. He holds a BA in Anthropology and Middle Eastern Languages from McGill University in Montreal, Canada. Mr. Tucker’s research interests include the implications of regional authority and security structures in Central Asia for international development efforts. At the China Center his work focuses primarily on the One Belt One Road Initiative and Maritime Security in the South China Sea.