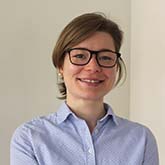 Ms. Larissa Stünkel is a Research Fellow at ISDP’s Stockholm China Center. She holds a master’s degree in Asian Studies from Lund University (Sweden) and a bachelor’s degree in International Studies from Leiden University (The Netherlands). She has spent exchange semesters in both Japan and South Korea and conducted fieldwork in Tokyo. In 2019, Ms. Stünkel completed a six-month internship with ISDP’s Stockholm Japan Center where she first applied her academic expertise in a policy-oriented environment. Her research interest covers geopolitical developments in the Pacific Islands, maritime security, as well as diplomatic relations within the Asia-Pacific region.