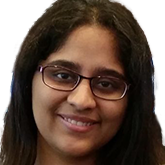 Ms. Mahima Duggal is a Research Associate at the Centre for Air Power Studies (CAPS) in New Delhi. She is an Associated Research Fellow at the Stockholm Centre for South Asian and Indo-Pacific Affairs (SCSA-IPA) at the Institute for Security and Development Policy (ISDP), Sweden. Additionally, she is an Editorial Assistant to the Series Editor at Routledge Studies on Think Asia. Her research is focused on the security issues and changing balance of power in the Indo-Pacific region, with an emphasis on India’s foreign policy, China, and South and East Asia.

Ms. Duggal holds a master’s degree in International Security from the University of Warwick, where she was awarded the Highest Overall GPA amongst her cohort. She also holds a bachelor’s degree in International Relations from the University of London and a second bachelor’s in Journalism and Public Relations from the University of Newcastle, Australia. She has been an active volunteer for women’s rights and worked for a number of non-governmental organizations in India and Singapore in various capacities. She has been widely published in both academic journals and national and international media outlets, such as World in One News (WION), Eurasia Review, Human Rights Law Network, and ISDP, and has also authored several single and co-authored chapters in edited volumes.