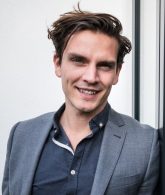 Mr. Oskar Gustafson is a former Editor and Project Manager at ISDP. Mr. Gustafson holds a bachelor’s degree in History and European Studies and a master’s from Lund University in European Studies. He was previously affiliated with ISDP’s Center for Transnational Threats where he researched into organized crime and terrorist networks in Europe. This experience fashioned the direction of his thesis which analyzed the phenomenon of Social Banditry in Albanian organized crime.

Mr. Gustafson’s research interests cover cultural and identity politics within Europe, illegal trafficking and organized crime, as well as the political climate of Southeastern Europe. He has produced papers and reports in both an academic and professional capacity and is an advocate of writing with a humanist perspective. Mr. Gustafson has a professional background in public relations, where he has worked in both the UK and Qatar, advising numerous clients on media strategies and public speaking.