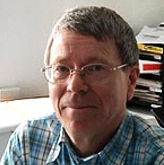 Professor Drifte holds a Ph.D from the Department of East Asian Studies from University of Bochum on ‘Security as a factor in Japanese foreign policy 1945-52’. His main research interests include Japan’s foreign and security policy, and security issues in Northeast Asia. Professor Drifte has received numerous awards and grants for his research, including an award from the Royal Institute of International Affairs (London) for his book ‘Japan’s foreign policy’.

Find Professor Drifte’s complete CV and a list of his published work here.