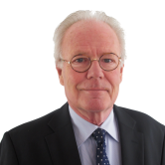 Roger Svensson is a Senior Fellow at the Institute for Security and Development Policy. He is a Senior Advisor to the German Marshall Fund of the United States also and has also served as the Chairman of the ISDP Board. Mr. Svensson joined the Institute in January 2010 after having served for fifteen years as the Executive Director of STINT, the Swedish Foundation for International Co-operation in Research and Higher Education. From 1992 to 1994 he worked on science policy at the Swedish Ministry of Education and Science, at the end in the position as an Assistant Under-Secretary. Before that he held several positions at the now defunct Swedish Council for Planning and Co-ordination of Research as well as working for several Government Commissions.

Mr. Svensson has worked for more or less his whole career in the area of policy for higher education and research – most of the time in an international context. During the late 1970s and early 1980s he was an expert and consultant to the Directorate on Science, Technology and Industry, OECD. In 1993–94 he was Swedish Delegate to the Committee on Science and Technology Policy, also at OECD.

Roger Svensson has a BA degree in political science and history from Uppsala University and pursued for a few years doctoral studies in modern American history at the same university. He spent 1971–72 at the Charles Warren Center, Harvard University.