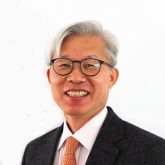 Dr Sang Hyun Lee is a senior research fellow at the Sejong Institute in the Republic of Korea. He also serves as President of the Korea Nuclear Policy Society (KNPS). He received his B.A. and M.A. from Seoul National University and Ph.D. from the Department of Political Science at the University of Illinois at Urbana-Champaign in 1999. Dr Lee was a Visiting Fellow at ISDP February-March 2019.