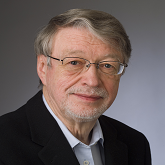 Professor Torbjörn Lodén, born in 1947, was Professor of Chinese language and culture at Stockholm University 1990-2014. He has a B.A. degree in Russian and philosophy from Stockholm University (1968), and after that he took up his Chinese studies, first in Stockholm (1968-69) and later at the Chinese University of Hong Kong (1970-71). From 1973 to 1976 he served as Swedish Cultural Attaché at the Swedish Embassy in Beijing. In 1990, he obtained a Ph.D. degree in Sinology in Stockholm. In the 1980’s he set up, together with Dr. Bert Edström, Senior Fellow at ISDP, the first East Asian Studies Program at Stockholm University. He served as Director of the Centre for Pacific Asia Studies at Stockholm University 1998-2001; research fellow at City University of Hong Kong 2003-2004; and visiting Professor at the same university 2011-2014. Currently, he holds a three-year visiting part-time professorship at Beijing Normal University. He is a member of the Royal Swedish Academy of Letters, History and Antiquities, and an international advisor to the National Institute for Advanced Humanistic Studies at Fudan University in Shanghai. In 2014, he was awarded the first Huilin Cultural Prize at Beijing Normal University together with the artist Mr. Han Meilin.

Lodén’s main research interests are in the broad field of Chinese intellectual history, and he has published several books and numerous articles on different aspects of Chinese culture, both pre-modern and modern. Most recently he has published a book in Swedish on some of the challenges that China is facing (Kinas vägval, 2013) and, together with his colleague Dr. Wan Xinzheng, a beginners’ textbook in Chinese, Tolv lektioner i kinesiska, also in 2013.

His main current project is to publish complete and annotated translations into Swedish of the Confucian Four Books and a history of Chinese thought in Swedish, from the earliest times to the present. Together with Dr Wan Xinzheng he is also working on a grammar of Chinese in Swedish.