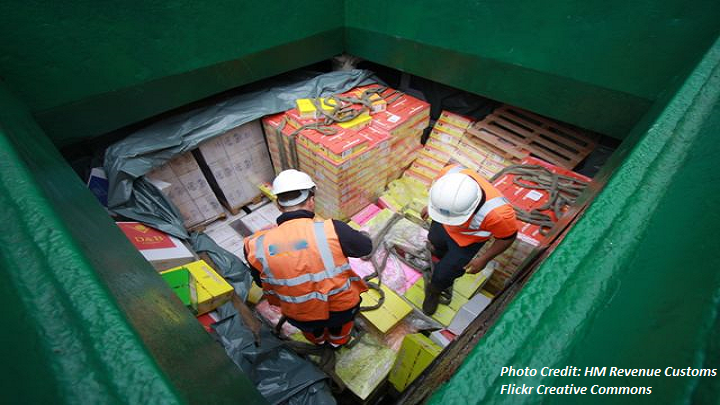 Smuggling is the illegal transporting of goods. These goods can be legal, such as alcohol and tobacco, or illegal, such as drugs and arms. Illegal trafficking of immigrants is also a form of smuggling.

Organized crime networks exploit new opportunities and technologies, differences among national regulatory regimes and links between the global economic, finance and transportation systems for their own gain. The profits from smuggling is often used to fund other criminal activities.

All levels of society are impacted by trafficking in illicit goods. For example, counterfeiting harms businesses which produce and sell legitimate products, governments lose tax revenue from products manufactured or sold on the black market, and consumers are at risk from substandard products. Smuggling human beings for financial gain increasingly controls the flow of migrants across borders. The travelling conditions are usually inhumane and fatal accidents happen frequently.

This project aims to better understand the new trends, modus operandi and routes used to smuggle goods to Sweden with specific focus on the Baltic States and Eastern Europe. The goal is to identify new information and map new routes in order to facilitate for practitioners to more easily identify smugglers crossing the border. Smuggling is a transnational crime in need for international cooperation in order to be successfully prevented.

CTT has a well-established network around the Baltic Sea and in Eastern Europe with which regular discussions are taking place. This helps us share information, discuss methods and benchmark ideas to fight against illegal goods crossing the countries. Dialogue between key actors has been taken one step further with regular meetings facilitated by CTT with the aim to provide strategic insights and support law enforcement agencies and private actors with research about trends and modes of operation.