A Balancing Act: the 16+1 Cooperation Framework 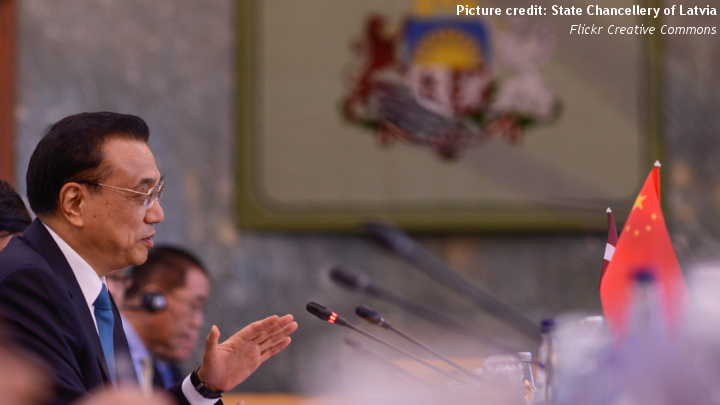 Since 2012, the 16+1 Cooperation Framework (hereby 16+1) has been the focal point of relations between China and Central Eastern Europe (CEE). However, this initiative is marked by various asymmetries which create challenges for all participants. These asymmetries are linked to political culture, trade imbalance and size, as well as differences in communication patterns which present challenges for future relations. In order to overcome these issues, this brief proposes the creation of clearer institutional structures and decision-making procedures, better co-ordination between the 16+1 and the EU and expanding critical economic sectors to allow Central and Eastern Europe Countries (CEEC) to compete more fairly in the Chinese market.

The current structure of institutions within 16+1 is inadequate. At present the various 16+1 coordination mechanisms are scattered across CEE. For example, the 16+1 Agency for the Promotion of Tourism and Association of Enterprises is located in Hungary, the 16+1 Contact Mechanism for Promotion of Investment is in Poland, the 16+1 Union of Governors is in the Czech Republic and the 16+1 Logistics Coordination Centre is in Latvia. Structuring institutions in this way is beneficial in that it helps balance influence between the various members, but, from a purely practical standpoint, there is no office to coordinate information about all projects and initiatives with the framework. Furthermore, this limits the ability of institutions to communicate information to the public.

Such an office should be established and consist of international and interdisciplinary working groups which would include specialists from seventeen countries engaged across various disciplines. This necessity reflects the asymmetry between the political cultures of China and CEEC, that is to say, differing attitudes towards the role of institutions and communications. In CEEC, institutions are expected to actively and systematically communicate information to the public, have a credible structure, room for public criticism and transparent procedures. These expectations are different within Chinese political culture where public consultation and individual opinions are not as important.

An additional and perhaps more pressing problem, is that without a centralised office, CEEC are placed at a disadvantage when it comes to negotiations. Indeed, formulating and advocating for a policy that is representative of all 16 CEE members’ interests is untenable without a unified negotiating body. A centralised office for CEE members could go a long way to ameliorate this and may prevent unhealthy competition for Chinese capital and investment between the sixteen countries. Although policymakers in Beijing have elaborated on creating synergy between BRI promises and 16+1 goals there is still much work to be done. Notwithstanding a centralised office is not a silver bullet for this problem. Rather, this is a complicated balancing act between the national visions from governments, the EU’s interest and the 16+1 interest. Therefore, a stronger institutional framework is needed between these actors and interests. Ensuring the interests of all parties are met is the most important reason to institutionalize 16+1 cooperation in CEE. This issue is critical since if the 16 CEEC compete rather than cooperate there is a significant risk that any deal they craft will likely only favour the interests of Chinese policymakers.

The 16+1 Framework faces a series of challenges when it comes to project cooperation with the EU. Primarily, Beijing’s bilateral interactions with individual EU members and aspiring EU members is perceived to be undermining the EU’s unity in decision making. Indeed, more powerful members of the EU like Germany fear that through 16+1, Beijing’s huge capital and vast infrastructural projects will impede on their interests in Central Europe and the Balkans.

A major contention is that some 16+1 projects are too similar to the EU’s or, will remove dependency on the infrastructure of EU member states. For example, the China-Europe Land-Sea Express Passage that aims to link Greece, Macedonia and Serbia is a similar project, in terms of route, to the EU’s Pan-European Corridor X that runs between Austria and Greece. Building infrastructure in the Western Balkans is one of the key projects for China, because of regions strategic importance and location. Another example is the lease of Piraeus Port in Greece by China Ocean Shipping Company (COSCO). As an active player in the region, COSCO has actively promoted the China-Hungary-Serbia railway with the aim to develop north-south corridor in Europe. These newly-built and upgraded routes will alter the dependency on ports in Western Europe, namely, Germany (Port of Hamburg) and the Netherlands (Port of Rotterdam). Alternatively, these projects may prove to be highly beneficial for the development of Balkans and the Visegrád Group (the Czech Republic, Hungary, Poland and Slovakia). This project, as well as many others are strikingly similar to existing projects. Better communication and co-ordination between 16+1 and the EU should be realised in order to omit unhealthy competition dispel any notion that 16+1 is part of a grander strategy to drive a wedge between CEEC and the EU.

Finally, trade imbalances are another area that may potentially impede harmonious and sustainable relations between China and CEE. These can be defined as trade asymmetry. It is important to highlight that in the 1990s, CEE experienced huge difficulties with transforming its economies and with privatisation. Many state-owned enterprises were sold to Western companies merely as short-term investments and subsequently, many went bankrupt. As a result, CEE economies consist mainly of small and medium-size enterprises (SMEs) and have few large transnational corporations. Accordingly, it is very difficult for SMEs to enter and achieve success within the highly competitive Chinese market. This disparity has been described and defined as the asymmetry of size.

Although companies in even the larger and more developed European economies have expressed complaints of unequal access to the Chinese market, the lack of transnational corporations and worldwide recognized brands means the problem is more pronounced for CEE economies. Moreover, even with equal market access, SMEs typically lack the necessary capital it takes to have an international presence. In order to mitigate this, it is crucial for CEE to build associations to help unite SMEs as they access the global market. Such associations could define and develop crucial sectors of their economies that could produce innovative and competitive companies that could compete on the international level.

Following this, one of the ideas that was brought up during a seminar on 16+1 at the Chinese Academy of Social Sciences was to develop IT sector and create regional CEE cooperation aiming at promoting and developing technological innovations.[1] Exporting agricultural products to China is not a long-term solution for economic development or establishing mutually beneficial relations. Another idea, discussed during this seminar, was to work towards implementing solutions to energy security through introducing renewable sources of energy that could benefit the natural environment, as well as limit the dependence based on importing coal and gas. China as a global photovoltaics leader could play a tremendous role in such an undertaking in CEE.

It is still unclear as to whether Beijing perceives 16+1 as a long-term dialogue program, or merely as an investment strategy towards CEE. The intentions of Beijing are ambiguous, especially if we take into consideration the challenge of synchronizing BRI, EU policy, local conditions, as well as countries individual interest with China’s ambitious plans. If 16+1 is truly a long-term dialogue program, there are few recommendations.

First, a central 16+1 office should be launched in order to construct plausible structures and represent the common interest of this platform. This is in line with the overall recommendation that a stronger institutional framework would award CEEC with more favourable conditions from which to negotiate. Second, the tension that 16+1 has created with the EU is palpable and has created an image where Beijing is perceived to be undermining the EU. In order to reshape this perception, it is crucial that better dialogue and project co-ordination is developed between the EU and 16+1. This would somewhat dampen the EU’s fears and ensure against any significant overlap of infrastructure projects. Lastly, CEEC should concentrate on developing crucial sectors for the future economic development such as new technologies, renewable sources of energy, as well as good connectivity opportunities. Doing so may help to alleviate some of the trade imbalances.

These issues illustrate that China and CEEC are still very much in the process of gathering knowledge about themselves and each other. In this regard, for 16+1 to be successful it is essential that discussions, seminars and debates are continually held in order to shed light on potential misunderstandings and improve cooperation.

Patrycja Pendrakowska is the President of the Poland-Asia Research Center (CSPA) and a PhD candidate at the University of Warsaw.

[1] This seminar took place during the symposium, “How does the “16+1 Cooperation” Promotes the “Belt and Road” Initiative”, organized by the 16+1 Think Tanks Network, CASS & Institute of European Studies from 25th June to 1st of July in Beijing.