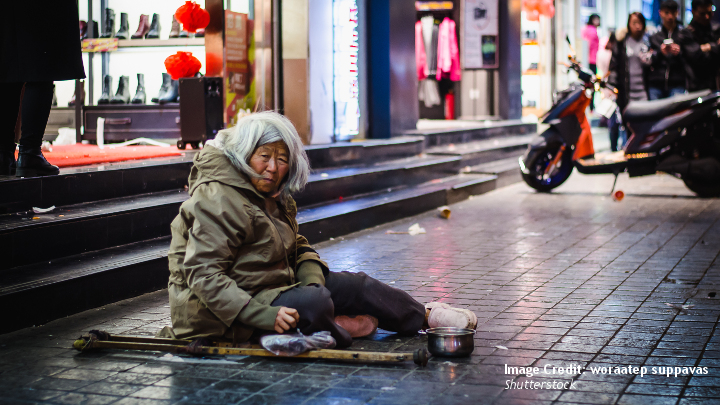 China’s poverty alleviation efforts have enjoyed political support from the highest levels of government since the Deng Xiaoping era. It is little surprise, therefore, that Xi Jinping has continued to treat them as a policy priority during his second term in office.

President Xi has identified anti-poverty as one of three “tough battles” for 2017 to 2020 (the other two being, risk prevention and pollution control). Beijing has set the agenda for government institutions at all levels to lift another 10 million Chinese citizens out of poverty in rural areas in 2019, an objective in line with the President’s pledge of a moderately prosperous society by 2020. With the deadline fast approaching, Beijing is beginning to feel the pressure and is ramping up its efforts. Progress of China’s poverty alleviation campaign is noteworthy, although problems still loom ahead.

From Beijing’s perspective, the “largest poverty alleviation campaign in history” has been an overall success. The campaign has revolved around the development of local industries, education, healthcare and combating corruption and abuses in poverty alleviation itself. It has lifted more than 68 million people living in China’s rural areas out of poverty over the past five years. In other words, 37,000 Chinese were able to escape poverty every day, driving the national poverty rate down from 10.2 to 3.1 percent. The importance given to the role of the Party and government has implications for both the possibilities and stumbling blocks of China’s anti-poverty drive, especially when set against the efforts of the political leadership to reform Chinese society.

From the vantage point of the international community, these policy efforts have significantly contributed to the decline in global poverty and have the potential to serve as imitable lessons for others. This begs the question of how Chinese insights can be used for cooperative programs around the world, and whether Beijing’s domestic approaches can be replicable in an international setting.

This year marks the 40th anniversary of the reform and opening-up, which is credited with the elevation of 730 million Chinese people out of poverty, accounting for over 70 percent of global poverty reduction accomplishments over four decades. To achieve the target for 2020, Beijing will need to raise in excess of 10 million people out of poverty every year or put differently nearly one million people per month or 20 people per minute. The importance of this target may in part be attributed to Xi’s experience of exile to a poverty-stricken rural village during the Cultural Revolution. It is possible that his exposure to conditions in poverty-stricken farming communities grafted itself onto his political consciousness during this formative period.

All things related to domestic policy in China are subject to massive numbers, and rural development is no exception. In 2016, a staggering 775,000 officials were dispatched to the countryside where they took up the job of relieving conditions in impoverished areas in one to three-year posts. Many of these are drawn specifically from the Organization Department of the Central Committee of the CPC, serving to imbed the party in the grass roots drive to reshape China’s agrarian communities. Some have argued that the involvement of the CPC’s Central Committee reflects the political importance given to these policies and has driven the rapid decrease in poverty figures.

The government has also considerably ramped up financial support, allocating 91 billion RMB (ca. 13 billion USD) to poverty alleviation funds for 2019. The Chinese Development Bank has pledged 400 billion RMB to fund poverty alleviation projects (51 billion Euros). Where there are large sums of money there is also graft, and the state has taken pains to suppress funding hemorrhages. According to the “Central Commission for Discipline Inspection”, 388 people received administrative or criminal penalties for embezzling anti-poverty funds. Many more have been looked into, some sources indicate as many as 1,800 officials have come under investigation, although such figures can be difficult to independently verify.

Alongside Indonesia, China has contributed to falling rates of extreme poverty from nearly half of the world’s population in 1990 to just 9.3 percent in 2013. The UN Millennium Development Goals Report 2015 indicates that Chinese citizens play an outsized role in the figures of poverty reduction, and Beijing’s policies have greatly contributed to the meeting of the UN millennium goal to halve extreme poverty globally.

One of the central pillars of the poverty alleviation efforts under Xi’s leadership has been the strategy of targeted poverty alleviation. The President first put forward the notion in 2013 during an inspection tour in the Hunan province. The approach calls for the implementation of tailored sets of measures targeting households and individuals rather than whole villages or counties. For that purpose, China has created a national registration system for poor households that enables local officials to gather data from each individual person, household and village. The system, which registered data for 128,000 villages and 290,000 households, has helped to identify the most poverty-stricken areas, including in the Guizhou Hunan, Guangxi, Sichuan and Yunnan provinces.

President Xi has also stressed that this targeted poverty alleviation strategy should follow a five-batch policy – based on industrial development, relocation, eco-compensation, education and social security – and establish seven institutional systems (registration, policy, investment, assistance, social mobilization, multi-channel, all-around supervision, and assessment system). The pairing up strategy – which allows impoverished provinces in the west of the country to receive assistance from more developed provinces in the east – has been extended to cover 30 provinces including ethnic minorities areas. Impoverished households have been assigned officials dispatching to the countryside, which again reflects the massive amounts of manpower being devoted to the campaign and the hands-on approach being played by the party.

The government has also accelerated the development of “Internet Plus” strategies in the fight against poverty. For instance, Chinese internet giant Alibaba has supported the creation of rural e-commerce centers known as Taobao villages that encourage online sales of farm produce and local specialties. By 2015, 780 Taobao villages in China catered to over 200,000 active online shop owners and collectively employed over one million people. Galvanized by this success Alibaba nominated a further 2,100 Taobao villages to take part in the program in 2017.

A further component of the grand architecture of the anti-poverty policy is the rural resettlement program. Deemed a key strategy in the fight against poverty, it encourages the relocation of elements of the rural population who live in remote or ecologically fragile regions to areas closer to the cities. It is expected that 9.81 million people will be moved between 2016 and 2020 as part of this program.

In consideration of its substantial achievements in the field of poverty alleviation, Beijing has touted the “Chinese approach” as a suitable model for other countries struggling with widespread poverty. This is all the more pressing given the Chinese leadership’s very public and very substantial support for the Belt and Road Initiative, which touches upon any areas in which poverty is a very real social and political force. In particular, the government has encouraged experience and knowledge exercises intended to facilitate poverty alleviation by creating cooperation programs with African countries. Such activities include the organization of workshops, training sessions, forums and conferences. Delegations from African countries have been invited to visit some of China’s most under-developed regions in order to learn about targeted poverty alleviation methods first hand. Other countries in China’s orbit already appear to have adopted China’s poverty alleviation model. Recently, Pakistan’s Prime Minister Imran Khan, praised the Chinese experience as a “role model” for his country.

In May 2018, the Chinese government launched a Global Poverty Reduction & Inclusive Growth Platform to share the country’s lessons and best practices. However, it will remain to be seen whether other countries will be able to replicate Chinese successes or whether leaders like Imran Khan, who are in need of financial assistance, are merely paying lip service to the narrative of Chinese success.

Another lingering question is whether the goals set for 2020 are attainable. There is still a major need to improve the allocation and management of funds. Local governments have approval power over the allocation of financial aid but their decisions can often be arbitrary. As a result, some poor households end up being denied financial help while others with more resources receive greater subsidies. In some areas, overly strict bureaucratic practices impede poverty alleviation efforts. Furthermore, even households which receive subsidies end up accumulating growing debt to cover medical costs – which for the most part is not covered by the government.

The relocation scheme has raised controversy because relocated residents are forced to abandon their lands in exchange for relatively scarce compensation. Several end up moving back to their home villages because they are unable to find work in the city or cannot afford the high cost of living. Furthermore, while the government is encouraging a sort of rural exodus as part of its relocation program, it is paradoxically cracking down on poor migrant workers in the big cities such as Beijing or Shanghai.

Regardless, for those who have first-hand experience of the transformative power of China’s poverty alleviation campaign, the notion that Beijing’s policy may have a major and intimate impact on individual lives is very real.