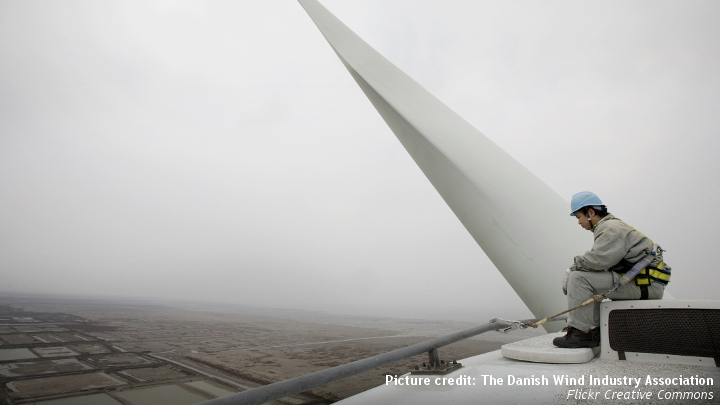 This policy brief expands on the significant potential for better EU-China collaboration on green technology that was emphasised during the 18th EU-China Summit. Both the Horizon 2020 Framework and EU-China Research and Innovation Co-Funding Mechanism offer many fruitful pathways towards innovation. However, for such potential to be realized, several fundamental concerns with China’s ability to protect Intellectual Property Rights (IP/IPR) must be resolved first.

After the 19th EU-China Summit on 2 June 2017, climate action was regarded as a core issue which could strengthen the partnership between the EU and China. Indeed, the demand for renewable energy is growing strongly and envisioned to be an area of collaboration between China and the EU. Such collaboration can exist in many fields including green transportation and green aviation. What is more, China’s President Xi Jinping has positioned himself as a champion of both free trade and climate change. These aspirations are in line with the EU’s enduring efforts in developing a common market and dealing with climate change.

China is acting on climate change. By building new clean and green industries the plan is to steadily outpace fossil-fueled power systems. The path ahead relies on changes in logistic industrial dynamics and the rapidly dropping costs of green technology. This model was perfected in the second half of the 20th century in East Asia – first by Japan, then Korea, Taiwan, and Singapore, and has since diffused into Southeast Asian countries.

So far, China has demonstrated its strength in developing green technology. Five of the world’s six largest solar-module manufacturing firms and the world’s largest wind-turbine manufacturer are Chinese. China has also demonstrated industrial leadership in energy efficiency technologies such as LEDs. The LED lighting sector is in the process of taking over the global lighting market and estimated to be worth $100 billion by 2020.

Not only does China possess a strong industrial base to drive green technology forward, but, China is in itself a huge market for green technology and renewables. In 2016, China ranked first in hydro power, solar photovoltaic (PV) cells, wind power, and solar water heating in terms of annual investment (net capacity addition) in renewable energy. Not to mention, it is ranked first in terms of total capacity of renewable power, hydro power, solar PV cells, wind power, solar water heating, and geothermal heat.

There has also been considerable fiscal backing when at the beginning of 2017, China’s National Energy Commission announced that by 2020, 363 billion USD would be channeled into renewable power generation. Beijing also stepped up its targets from those made in 2014, and now aims for more ambitious goals in terms of wind and solar capacity by 2020.

Although China exists as a key actor for climate change, possess a strong industrial base and a large market it still lacks much of the technical know-how to develop green technology. Accordingly, the Information Technology and Innovation Foundation’s Index, a ranking of the impact of a countries economic and trade policies on global innovation system, China ranks 44 out of 56 countries. Therefore, at least for the time being, China needs European expertise and R&D knowledge when developing green technology.

In this regard, a leading mechanism for cooperation is Horizon 2020 – the biggest EU Research and Innovation Programme ever. Among other partners, this framework involves long-term R&D collaboration between China and the EU. Energy and the, “transition to a reliable, sustainable and competitive energy system” is one of several topics specifically flagged for targeted cooperation with China. In these highlighted topics, the participation of Chinese partners is strongly encouraged and adds value to the proposals. In 2016, an EU-China Research and Innovation Co-Funding Mechanism was also established. This mechanism will mobilize over 500 million Euros from the EU and 1 billion RMB from China during the period from 2016 to 2020.

Similar R&D programs have been set up between the US and China. The US-China Clean Energy Research Center was created in 2009 to promote joint research and development of clean energy technologies by specialized teams of researchers, scientists, and engineers from both countries. A US-China Renewable Energy Forum has also been established to facilitate cooperation on IP matters related to clean energy.

However, the case from the US demonstrates that foreign companies whom move their R&D facilities to China play a dangerous game with their intellectual property. Fearing the theft of IP, most collaborative efforts involve only a shallow R&D relationship.

Although China is strongly committed to green technology and well established EU-China collaboration and funding mechanisms exist, there are still major hurdles preventing comprehensive cooperation. For one, despite China’s efforts in developing a free market economy, it is still far from achieving it. This means that although on a surface level the Chinese market appears to offer significant potential, foreign companies do not have equal market access. US Commerce Secretary Ross named China as the, ‘most protectionist’ country in January.

Moreover, there are considerable issues related to IPR. In March 2017, Michael Clauss, the German ambassador to China, spoke out on this matter stating that, “Many companies that would like to produce here in China and build a factory and start producing are forced into going in a joint venture.” He also said that German companies were frequently asked to breach WTO rules and transfer technology. Forced joint ventures (JV) and the forced licensing of intellectual property are regarded as serious issues. When a country issues a compulsory license, it mandates the transfer of proprietary information (e.g., intellectual property and technology) to its domestic manufacturers to produce their goods. Thus, compulsory licenses allow a third party to produce a patented product or process without the consent of the patent owner. China’s aggressive business expansion is strongly related to its IPR strategy. But, should the foreign companies be concerned over the IPR issues?

Though licensing is only compulsory in the pharmaceutical sector, it does not mean that the green technology sector is free from concern. For instance, a recent deal, announced in January 2011, between Shanghai Huanuan Boiler, Vessel Cochran (SHBVC), and W2E Engineering Ltd Scotland may indicate the trend of future business/IP relations between the UK and China. In this case, the companies agreed to a 10-year licensing and manufacturing agreement. The agreement will require that a renewable energy facility to be built in China. This will allow the Scottish division of the company to handle the R&D, engineering and project management. Therefore, despite ongoing issues relating to IPR, there are models that European companies can look to when developing partnerships with China.

In cases where technology cannot be licensed, a more aggressive strategy is to buy out companies to acquire their IP. For example, strong patent barriers were erected in the case of CIGS solar cell technology, a thin-film solar cell used to convert sunlight into electric power. However, the Chinese firm Hanergy, was quick to buy up advanced technology firms that developed CIGS and protected this knowledge base with IPR. The concern from European companies is that Chinese firms use buyouts as a way to gain patents but also to boost their market share.

There is, however, evidence to suggest that China’s IPR situation is at least improving. Statistics from the Supreme People’s Court of the PRC suggest that foreign plaintiff/pursuer success rates in IP cases handled in China compare favorably to ‘win rates’ in overseas jurisdictions, with reported success rates of approximately 70 percent for plaintiffs. Similarly, awarding of damages is increasing in the Chinese courts, with Microsoft recently being awarded over $300,000 USD in a claim against a local insurance company. With these developments in mind, it is hoped that as China moves away from replication to originality the enforcement and safeguarding of IP will become stronger. Moreover, as Chinese companies pursue protection of their own IP assets, a more stringent regulatory framework will continue to permeate China’s court system.

Despite persistent doubt and skepticism regarding investment and collaboration with Asian countries, similar relationships have been observed between EU-Japan, Korea-Taiwan, and with China today. Such models are expected to work for the emerging Asian economies, such as Thailand and Vietnam.

Although diverse relationships between the EU and China are being developed, we can still identify common patterns and collaboration models. The simplest model involves academic and diplomatic exchange to build relations. A more advanced model would include OEM/ODM business relationships or even closer JV and technology transfer. R&D relationships are maturing within these relationships. The broadest models are buy-out models, which, as we are witnessing now are being heavily scrutinized by Europe and may enable a protectionist agenda within the EU.

How then should we evaluate China’s aggressive buyout strategy? Can it be viewed as business as usual? Does it seek to weaken Europe’s economic power? To be fair, similar strategies can be observed between China and the rest of Asia as well as by the US. Moreover, we cannot ignore projections that Japan will likely follow China’s aggressive buy-out strategy. Interestingly, the acquisition of Sharp (one of Japan’s electronics giants) by Foxconn, a Taiwanese firm, sent shockwaves across several Japan businesses. It is unlikely this strategy will become ineffectual anytime soon.

Finally, in regards to green technology, China continues to be both an invested player, a manufacturing hub and an enormous market. With the improvement of IPR protection through the courts and better R&D collaboration models, European greentech companies may be in a better position to reap the rewards and minimize the disadvantages of investing in China. Accordingly, over time, individual European states will be able to determine the worthiness of the benefits of huge Chinese capital in a better manner.

Dr Anton Ming-Zhi Gao is an Assistant Professor in the Institute of Law for Science and Technology at the National Tsing Hua University, Taiwan.