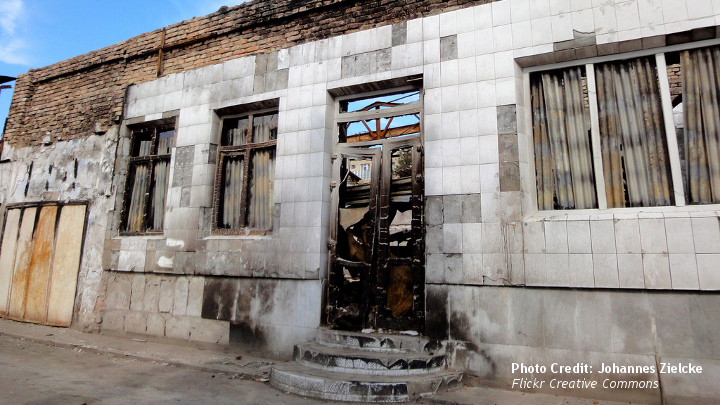 Kyrgyzstan gained independence at the end of 1991 and immediately embarked on an ambitious program of economic reform. This was underpinned by a commitment to democratic ideals and the emergence of a thriving civil society. The international community was impressed and regarded Kyrgyzstan as an exemplary model for regional development. There were many Kyrgyz, especially among the educated, urban sector of the population, who shared this positive view. Consequently, it came as a shock when, in 2010, the country was engulfed by a terrible series of violent clashes. It was tempting to seek “instant” culprits and readily comprehensible “causes.” The easiest solution was to present the conflict as an internecine struggle between rival ethnic communities. However, as those with long first-hand experience of the region pointed out, this explanation was too simplistic.

Some commentators suggested that a “third force” was responsible for the violence, variously identified as supporters of ex-President Bakiev, Islamist groups, criminal gangs, foreign powers – or a combination of these elements. Such allegations may indeed have contained a grain of truth, but they were at best only partial explanations.

Looking back at the country’s recent history, it is clear that the conflict took place against a background of social tension, disaffection and increasingly anarchic tendencies; external factors, especially the rivalry between the United States and Russia, did not help matters. This paper argues that the events of 2010 ought not to be examined in isolation but should be set within the systemic and structural “anatomy” of Kyrgyzstan, as well as the wider geopolitical environment. In retrospect, was the 2010 conflict a turning point that allowed the country to make a fresh start – to address inherent problems? Or was it just another episode in a series of upheavals that shocked society, but failed to bring about real change? There are still no definitive answers to these questions. Nevertheless, it is worth revisiting the events of that year to try to identify key developments. Firstly, what were the “conflictogenic factors” that created the preconditions for violence? Secondly, what happened – what was the sequence of events, the role of the protagonists and the damage that resulted? Thirdly, what are the post-conflict trends within Kyrgyzstan, and how has it responded to the changing geopolitical environment – especially the growing influence of China and other Asian states? Finally, through the prism of the conflict, it is important to try to understand the challenges that Kyrgyzstan faces today.