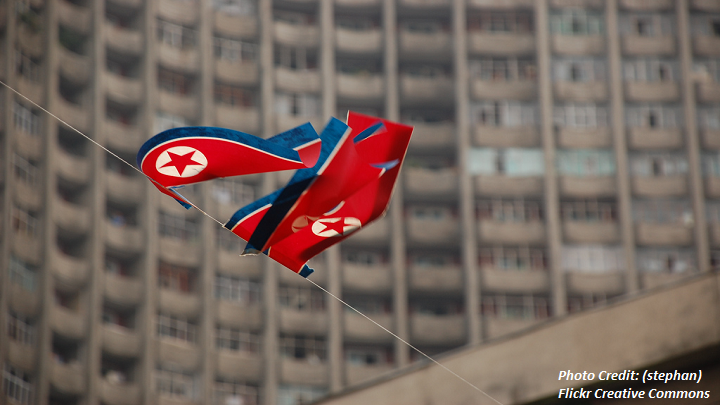 Link to the original article on East Asia Forum’s website.

In North Korea, many enjoy making money for themselves by selling products in private markets. Under Kim Jong-un, expanding these markets became a source of tax revenue for the regime. But this changed in the past year with the outbreak of COVID-19. The closure of borders coupled with economic sanctions exacerbated an already dire economic situation in North Korea. Year-on-year trade with its biggest trade partner, China, plunged 80.7 per cent to US$539 million in 2020 and North Korea’s economy may have shrunk by 8.5 per cent.

As international sanctions continue to isolate North Korea, the lack of imports and production has blockaded domestic capital circulation and marketisation. As a result, centralised economic policies have reasserted themselves, particularly after the United States refused North Korean demands for sanctions relief during the Hanoi Summit in February 2019.

Kim has embraced a return to a heavily planned economy under the slogan of self-reliance. The new regulations afford the Central Committee of the ruling Workers’ Party even more power to monitor and exert control over local authorities and the entire civilian economy. Local party cadres now have to report on the management, creation and dissolution of markets to the Central Committee. Then the COVID-19 outbreak in January 2020 sped up the trend of recentralisation.

In January 2021, the regime officially reclaimed control over all foreign trade and domestic markets. During the 8th Party Congress, North Korea announced its new five-year economic plan (2021–25). It stresses centralised management in all sectors and advocates greater political control in day-to-day economic planning and management.

In tightening its control over economic activities, the Kim regime is apparently attempting to collect money from the middle class and business sectors to make up for the losses accumulated from sanctions and its own pandemic restrictions. These moves are certain to arouse strong discontent among many North Koreans, especially those who depend on market trade and private economic activity for survival. The regime is also aware that strict control over its markets and an emphasis on self-reliance is not a long-term solution to economic recovery.

While there is still no sign of when North Korea will relax its pandemic restrictions, the country cannot afford to maintain its lockdown on trade for another year. To escape economic disaster, it should resume cross-border trade with China — its biggest trade partner. The country seems to have prepared for a slow opening of its border with China, where COVID-19 has been relatively contained.

The Korea Institute for International Economic Policy predicts that China–North Korean trade may resume in small volumes in the second quarter of 2021, pointing to sterilisation equipment installed at the border city of Sinuiju. North Korea is also part of the COVAX global vaccine distribution initiative. High-ranking North Korean officials, border control officers and frontline trade officials will likely be among the first vaccinated, boding well for a partial reopening of the border, facilitating the import of more essential goods.

More urgently, raw materials imported from China are needed for North Korea’s construction sector. Large tourism facilities at Wonsan and Samjiyeon have suffered ever-increasing delays due to the lack of steel, cement and chemical materials. In March 2021, a North Korean business delegation, headed by the president of the Petrochemicals Trading Company housed under the Ministry of Chemical Industry, travelled to China — apparently in an attempt to acquire chemical materials for key construction projects in Pyongyang and tourist zones. The trip took place even after the country closed its borders and North Korean delegations had almost completely ceased travel abroad.

The Kim regime seems eager to expedite the completion of the Wonsan and Samjiyeon tourist zones to boost foreign currency flows, particularly from Chinese tourists. Chinese President Xi Jinping seems to have promised a steady stream of visitors to North Korea when he met with Kim in June 2019. North Korea expects to attract over 1 million visitors annually once the pandemic is under control, and is banking on Chinese tourists to help pay off national deficits in the coming years.

Reopening of the borders will not signal a return to decentralised market activity in North Korea. The Kim regime has reasserted the state as the primary economic player and benefactor in both the short and long term. Pyongyang may seek increased raw material imports to develop its domestic industries and tourism sector while cutting down on finished Chinese products by strengthening control over border trade. This two-track approach — consolidating control over the domestic market activity and resuming cross-border trade with China — is likely to define North Korea’s economy in the coming years.