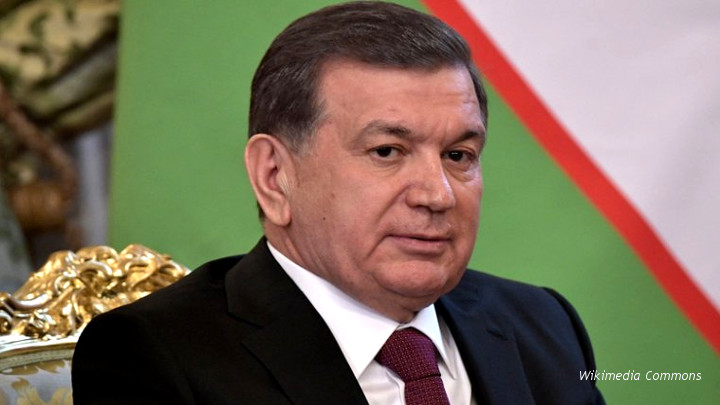 Since taking over from long-time President Islam Karimov in 2016, President Shavkat Mirziyoyev has pursued an aggressive policy to transform Uzbekistan’s decision-making processes, invigorate civil society, encourage political competition, address human rights and develop a civic culture consistent with the country’s status as a modernizing, forward-looking regional power in Eurasia with a steadily increasing majority of citizens under the age of 30. To declare significant these changes, which seem to take place daily, is to perhaps understate their potential in light of the last 30 years of history.

The transformation presently underway has its roots in the appointment of Mirziyoyev to the post of Prime Minister in 2003, after which he quietly worked to diversify the voices heard in national political discussions, though recognized the barriers that were preventing the country from using its vast human capital to meet the demands of an emerging power in the twenty-first century.

The various programs proposed by the new president and presently under implementation hold the promise of reshaping the domestic political landscape, changing the fundamental relationship between the citizen and state, and rebalancing the geopolitical order in a region long relegated as the domain of outside great powers.

Ahead of the December 2016 Presidential elections, Mirziyoyev campaigned on the principle of a government with a greater degree of openness and transparency serving the people – a novelty in the experience of independent Uzbekistan and most other post-Soviet countries.

To advance this agenda, President Mirziyoyev issued three key documents: A Program to Reform the Judicial and Legal System; an Action Strategy on Five Priority Areas of the Country’s Development for 2017-2021; and a “Concept” of Administrative Reform.

The Program and Action Strategy, which focus on ensuring the rule of law, reforming the judicial system, promoting economic liberalization, and the development of the social sphere, contains numerous sub-objectives which, if fully implemented, will fundamentally transform the relationship between Uzbekistan’s government and its people, and elevate independent civic advocacy organizations and informal institutions, such as Mahallas, to the status of partners of the government.

The Concept for Administrative Reform aims to result in an effective and transparent system of public administration capable of protecting the rights of citizens and bolstering Uzbekistan’s economic competitiveness globally.  It defined six priority areas, among which are; “the improvement of the institutional, organizational, and legal framework of the executive authorities’ activities” and “the formation of an effective system of professional civil service, [and] the introduction of effective mechanisms to combat corruption in the system of executive authorities.”

The Concept was developed with the participation of academics, practitioners, representatives of both international organizations and civic advocacy organizations based in Uzbekistan. In developing both the Action Strategy and the Concept, the government worked to solicit participation from the general public in order to present the Concept and receive critical feedback on its further development and implementation.

There have also been steps to change Uzbekistan’s electoral system and the situation concerning political parties. Constitutional changes already in 2014, sought to redistribute power between the parliament and the executive, granting more decision-making power and control over the executive to the Parliament. Quite early on, President Mirziyoyev proposed to make governors and mayors directly elected by the people, as opposed to appointed by the President. In August 2017, legislation was amended by decree to allow for the direct election of Khokims of Wiloyats and the city of Tashkent, and set a date for Tashkent city elections, which took place on December 24, 2017.

In the coming months and years, one can expect further substantive changes to local and regional government, with the likelihood of many new faces in positions of authority, all of them popularly elected for the first time in Uzbekistan’s independent statehood. The new leaders will have to be closely watched to determine whether they are acting on behalf of citizens or are drawn back into regional or local loyalty networks. In the end, direct local elections are a necessary but not sufficient condition for progress: the elections also need to be professionally and fairly administered at all levels – particularly the often-compromised District and Precinct Election Commissions. Furthermore, they must be scrutinized by active, independent NGO monitors.

The President also called on the parliament to be much more active in legislation. He prodded parliamentarians to get out of their offices and travel around the country to meet people, especially the youth, hear their concerns and come back with proposals on how to resolve the problems identified by citizens. He urged them to analyze proposed legislation and propose improvements. The President also suggested that political parties connect with foreign counterparts, which had been the norm up until the mid-1990s but in more recent years had been seen in a more negative light.

This brought results: parliamentarians now regularly visit rural areas, where they have appeared in live talk shows, used social media, participated in focus groups, and tried overall to become more connected with their constituents. However, there is still a long way to go in order to achieve a strong, multiparty system that accepts and encourages diversity of platforms and programs, and does not perceive opposing policies as anathema to the state.

Expanded competition among the five legally-registered political parties is likely to stimulate them to refine their platforms, redouble efforts to support gender equality and inclusion, engage more of the country’s young and future voters, and seek diversity within their ranks. The emergence of a more open political system that embraces freedom of speech, association and assembly will offer an opportunity for all political actors to flourish.

Mirziyoyev’s reforms have also had important implications for civil society. Rather than an adversary, the government now seeks to view civil society as an ally in its reform agenda. This was manifested in numerous legislative amendments and initiatives to ease the ability of NGOs to operate in the country. Since Mirziyoyev took office as Interim President in September 2016, 685 local civic advocacy organizations have successfully registered with the Ministry of Justice, more than an 8 percent increase. There remains much work to be done until impediments to the work of NGOs are completely removed, but the progress is clear.

An overarching goal of the President’s reform program and Action Strategy is to root out corruption and inefficiency at the local and national levels of government. The translation of written objectives into demonstrable action has proceeded apace, as local administrators from a multitude of governmental departments have been called to answer for their actions in a very public way, resulting in presidential chastisements and numerous officials being sacked for a variety of offenses.

After Mirziyoyev criticized the performance of the Ministry of Finance, it fired 562 officials. After the President denounced officials who use vulgar language in interactions with citizens, a mayor was fined for insulting a citizen, a “first” in Uzbekistan. These moves put officials at all levels of government on notice and confirm that Mirziyoyev is serious about his pledge to make government accountable to the people. But most importantly, the President proceeded to remove the leadership of both the Prosecutor General’s office and the National Security Service, institutions that had been highly influential and feared in society. Reforms in these institutions will be key to the reform agenda as a whole, and particularly to the struggle against corruption.

Almost half of Uzbekistan’s population is under 25 years of age, and as such, the outlook of the young generation will determine the country’s future. The Action Strategy prioritizes education as the cornerstone of the government’s approach to the rising generation, calling for greater standardization of basic education and for gender equality. It is expected that economic growth and training provided by the country’s four-hundred vocational-technical “colleges” will go far towards creating the new jobs that are so urgently needed. These are also the cornerstones of the government’s program to reduce radicalization among Uzbekistan’s youth.

President Mirziyoyev nonetheless used a speech before the United Nations to argue that the provision of education and opportunities for young people is a global demand, and not purely national. Beyond these points, he has consistently underscored the need for tolerance, and calls for communicating what he calls “the truly humanistic essence of Islam both to young people and the world at large, where intolerance of Muslims is growing.” However, President Mirziyoyev has yet to stress the importance of a secular state with secular laws and courts as a sine qua non for a humane and open civic culture.

President Mirziyoyev has demonstrated a commitment to revisiting Uzbekistan’s human rights record on an international scale. One key step in this regard was the invitation extended to the United Nations High Commissioner for Human Rights. The Uzbek government announced it would allow a permanent representative of the Office of the High Commissioner for Human Rights to be based in Tashkent, and invited Human Rights Watch to resume activities in the country.

Among tasks still to be faced are to implement reforms of local government, promote accountability and transparency, implement direct elections for regional and local Khokims, encourage Mahallas to cooperate with local government, and follow through on the democratization program, as set forth in the Action Strategy. None of these tasks will be simple or short-term. Both active and passive resistance can be predicted: the National Security Service and the Finance Ministry both initially resisted a number of key reforms and may have sought to check the President’s efforts. Such incidents may be signs of possible future concerns.

However, even if all key figures continue to firmly support the new president, implementing the governance reforms proposed by Mirziyoyev will pose a formidable challenge. Besides structural changes, they call for fundamental shifts in the political culture and even the mentality of ordinary Uzbeks. Public passivity and inertia can delay or derail reforms at many levels, as can the exercise of too much or too little force from above. This will be all the more complex when it is done in the context of the new president’s stated goal of broadening the political spectrum and promoting greater diversity of opinion.