Politics in East Asia Today: Between Democracy, Debates, and Discourse 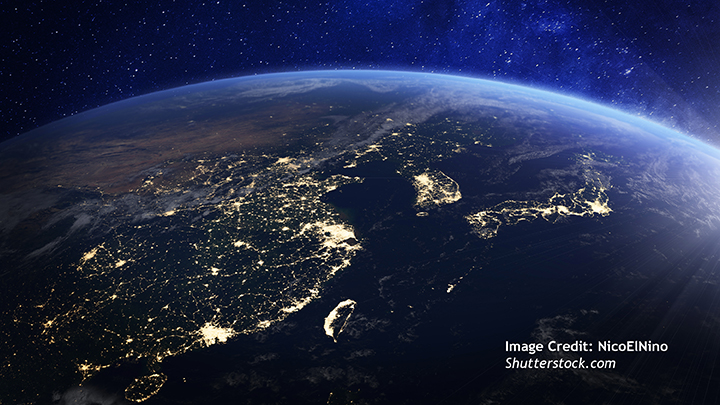 On September 9-10, 2021, the Stockholm China Center at the Institute for Security & Development Policy (ISDP) organized the seminar “Politics in East Asia Today.” Thirteen scholars from different countries representing different disciplines and perspectives gave presentations on different aspects of this broad topic and engaged in fruitful discussions.

East Asia showcases impressive economic growth and technological innovations; at the same time, however, the region faces serious potential conflicts and challenges to stability and prosperity. In recent years, democracy and fundamental human rights have suffered serious setbacks in East Asia, as in many other parts of the world: The crackdown on the democracy movement in Hong Kong is one example; the threat to the democratic system of government in Taiwan is another.

The worldwide decline of democracy and the basic rights and freedoms is especially serious at a time when global problems such as climate change, the continuing destruction of the environment, and the ongoing pandemic pose serious threats to all mankind. These problems require cooperation based on mutual understanding across national and cultural borders fostered by free exchange of ideas.

For the ISDP, East Asia is a major area of its research activities – with centers for China, Japan, and Korea; an ongoing program on Taiwan; and another soon-to-be-launched program on Hong Kong. The seminar on politics in East Asia was therefore very much in line with the main orientation of ISDP’s activities.

Attempts were made to gather experts from East Asia and Europe to examine some of the most important issues. While we are satisfied with the group of speakers present in terms of geographical distribution, areas of specialization, and age groups, we regret that scholars from Mainland China were unable to participate despite substantial efforts in recruitment.

Due to the ongoing Covid-19 pandemic, it was necessary to hold this seminar online, as a webinar. Despite the limitations, we think it was a successful seminar and we would like to thank all participants for their contributions.

The speakers have revised their presentations for publication, and we are now pleased to be able to make them available to interested readers all over the world with access to Internet (visit ISDP’s website, https://www.isdp.eu).

The present volume includes thirteen articles divided into three sections. Section 1, Debates and Political Diary in China, contains four articles: Yan-ho Lai analyzes the role of the new National Security Law in Chinese society; Joseph Yu-shek Cheng discusses how the decline in China’s population relates to the ambition to make China a major world power, and the two papers by Fengming Lu and Wen-Hsuan Tsai & Chien-wen Kou both investigate how officials are recruited in China today.

Section 2, Democracy and Democratization, includes five papers: Willy Lam examines the political situation in China in terms of Xi Jinping’s return to Maoist tenets; Lutgard Lams makes use of discourse analysis to show how the Chinese leaders use historical narratives for persuasive purposes; Fatoumata Diallo argues that the digital revolution in China is used to strengthen authoritarian rule; Börje Ljunggren analyzes how the decline of democracy in the world goes hand in hand with a global power shift; and Yeau-Tarn Lee discusses how the democratization in Taiwan impacts the prospects for peace across the Taiwan Strait.

Section 3, Defending Taiwan in East Asia, finally includes four articles, which from difficult angles analyze the position of Taiwan in East Asia: Larissa Stünkel discusses the consolidation of relations between Japan and Taiwan in recent years; Chyungly Lee studies the implications of the economic talks between the US and Taiwan that began in 2020 and then continued in 2021; Lars Vargö explores how the increasing tension between Mainland China and Taiwan affects Japan’s foreign policy; and finally Roger Lee Huang discusses the significance of the digital solidarity movement the Milk Tea Alliance, which was founded by three core members when Taiwanese and Hong Kongers mobilized in the digital space to support Thai netizens against an army of Chinese trolls.

These thirteen articles deal with a broad array of subjects, and yet they cover only a part of the geographical area that is East Asia and only a fraction of possible topics. For the Stockholm China Center, it is an exciting challenge to organize more research, lectures, and seminars on East Asia. We hope that the publication of the papers will promote further exchange and cooperation, and we encourage readers to contact us with comments and suggestions.