Quad: Divided over Ukraine, United in the Indo-Pacific? 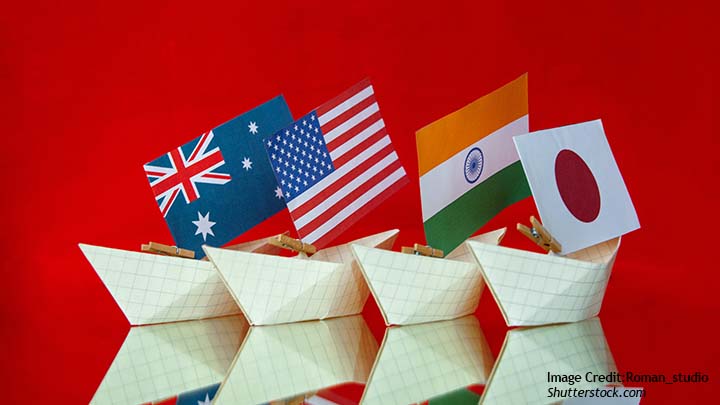 The Quadrilateral Security Dialogue (Quad) met on March 4, 2022, to lay to rest speculation that the group was in serious trouble over differences of opinion on the Ukraine crisis. The Quad’s joint readout did not condemn Russia, despite three out of the four partners already having imposed “unprecedented” sanctions on the country in response to President Vladimir Putin’s invasion. Rather, the readout stuck to the “broader implications,” specifically the humanitarian aspect.

Clearly, differences do indeed exist among the partners. Japan and India released their individual overviews of the meeting. The former “strongly condemned Russia” but stressed that the four leaders—Prime Ministers Fumio Kishida, Scott Morrison, and Narendra Modi along with President Joseph R. Biden—“concurred to work closely together to respond to the situation in Ukraine.” India, on the other hand, underlined that “the Quad must remain focused on its core objective of promoting peace, stability and prosperity in the Indo-Pacific region.” The meeting largely highlighted that the Quad is mainly an Indo-Pacific mechanism “to promote regional stability and prosperity,” and for now, it will widen its ambit to include only international humanitarian needs, even as the “Spirit of the Quad” (2021) sought to advance peace and security in the Indo-Pacific and beyond.

Thus, as far as the Indo-Pacific is concerned, the Quad is a cohesive unit. However, the Taliban takeover in Afghanistan post the U.S. withdrawal last year and now the Ukraine crisis have illuminated the cracks in the partnership. Will another such international crisis where more is at stake truly bust open the cracks in the coalition? Or can the Quad learn from the impact on its stability from the present Russia-Ukraine conflict and undo the damage? Does the Quad have the prowess and prudence required to protect a rules-based order, not just in the Indo-Pacific but globally as well?

You can read the full article on The National Interest’s website.