The U.S. Should Go Around Erdogan to Engage Turkey 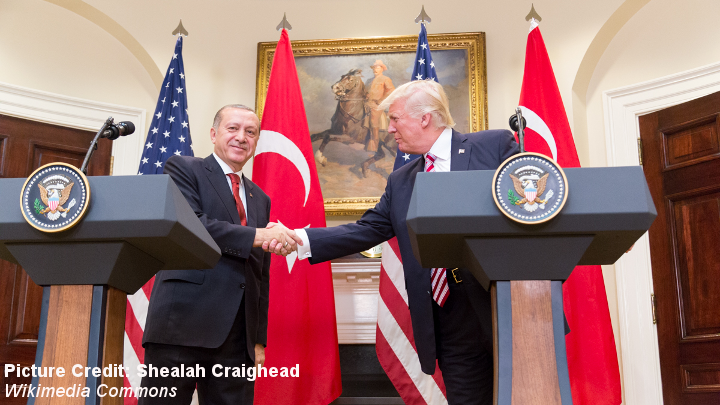 Following recent clashes at the Gaza-Israel border, Turkish President Recep Tayyip Erdogan has broken his tenuous two-year cease-fire with Israel and returned to spewing invective at the Jewish state. But Erdogan has growing problems of his own as Turkey’s economy and regional ambitions flounder. America and Israel should contain Erdogan’s dangerous behavior while engaging with the broad cross-section of Turkish society that opposes the president’s direction for their country.

Some may be surprised by Erdogan’s recent statement that Israel’s methods are “putting Nazis to shame.” But his tune is not new. While Turkey developed close relations with Israel in the 1990s, that changed after Erdogan’s Justice and Development Party, or AKP, gained power in 2002. Gaza was a pet issue for Erdogan long before the Mavi Marmara flotilla in 2010. Even when his government was presenting itself as a moderate and democratic force, Hamas was the one issue that gave it away.

Indeed, when Hamas won Palestinian elections and then used force to assume total power over Gaza in 2006-07, Erdogan embraced the jihadist group, undermining international efforts to force it to renounce violence.

Read the full article at RealClearWorld.