US and China Diverge on Policy and Practice of Global Governance 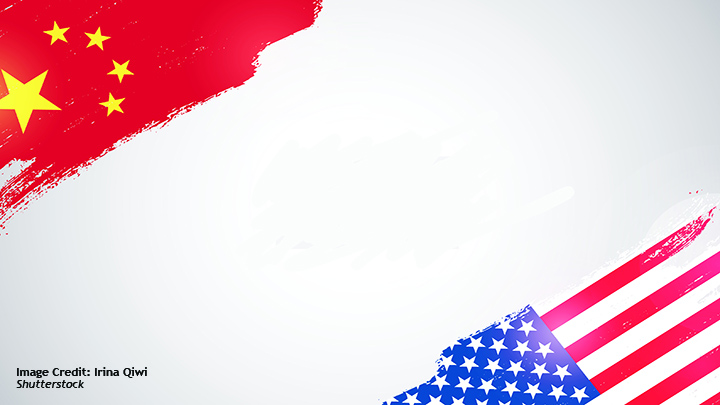 It has become a popular perception that under the Trump administration’s American First policy, China-US relations is defined by competition or even rivalry rather than co-operation. Bilateral competition has gone beyond the economic arena to include matters of geopolitical and strategic advantage. As both China and the US are veto-bearing permanent members of the UN Security Council, their views and policies relating to the broader global system are of particular relevance for observing their differences on international affairs, not only the developments in East Asia but also the overall relationship between the two countries.

For a detailed elaboration of China’s global governance policy, President Xi Jinping’s recent visit to France provided a great example: there he signed the China-France Joint Communiqué Relating to the Protection of Multilateralism and Perfecting Global Governance. Xi also stressed the same principles in his speeches on various occasions during his European trip. China supports and promotes an international system with the United Nations as the core, supported by various regional and international mechanisms. China supports multilateralism for promoting international cooperation in order to deal with common risks and challenges. China stays committed to a global governance concept featuring extensive consultations and joint contribution for shared benefits.

The core of China’s foreign policy is still the “Five Principles of Peaceful Coexistence” which were formulated for the first time in the agreement between China and India on 29 April 1954. The essence of the five principles are – respect for each other’s sovereignty and territorial integrity, non-aggression, non-interference in each other’s internal affairs, equality and mutual benefit, and peaceful coexistence. Respect for sovereignty and non-interference display strong commitment to the provisions of Article 2(7) of the UN Charter and the principle of non-interference. Non-aggression is in line with the provisions of Article 2(4) of the UN Charter that prohibits the threat or use of force, since the principle of non-aggression rules out the practice of attacking another country by force. Peaceful coexistence implies that a country does not threaten or use force against another country. It also implies that disputes should be handled with peaceful means, which is in line with the provisions of Chapter VI of the UN Charter, entitled “Pacific Settlement of Disputes.” In short, the fundamental principles guiding China’s foreign policy are fully in line with key provisions of the UN Charter. These principles are fundamental not only to China’s overall foreign policy but also to China’s bilateral relations with other countries.

In December 2017 the Trump administration issued its National Security Strategy (NSS) based on President Trump’s “America First” principle. The US first and foremost sees itself as the leader of the world. It believes that American principles are a lasting force for good in the world and a strong America is in the vital interests of not only the American people, but also those around the world who also pursue American values. It also believes that when America leads, the whole world benefits—and a world that supports American interests and reflects its values makes America more secure and prosperous. The “America First” NSS lists four vital national interests: 1) protecting the American people, the homeland, and the American way of life; 2) promoting American prosperity; 3) preserving peace through strength; and 4) advancing American influence. The preeminent role played by the military was emphasized as being vital to the protection of American interests.

In relation to the use of force, the 2017 NSS refers to its military as “a vital component of the competition for influence” as it “deters our adversaries, and if necessary, is able to fight and win.” While the US states its support for the peaceful resolution of disputes under international law, it also determined to “use all of its instruments of power”, including the military, to defend US interests. Highlighted in the document are the US military’s concepts of “overmatch” and “readiness.” The ability to “overmatch” any opponent, according to the report, strengthens US diplomacy to shape the international environment for the benefit of US interests, while a resilient forward posture and agile global mobility guarantee US forces are able to move freely and quickly to a theater to shape and control the development of events.

It is worth noting that when it comes to the use of force, the 2017 NSS, like the previous 2015 NSS, does not refer to the UN Charter and its regulation of the threat or use of force. The phrase “United Nations” is mentioned twice, once in the context of “shap[ing] the post-war order” through institutions like the United Nations and America’s role in otherwise “exercis[ing] leadership in political and security bodies,” especially the United Nations, in which the US “expect[s] a commensurate degree of influence over [its] direction and efforts”.

Although both China and the US officially state their support for the post-World War II system, the differences between the two are obvious in relation to their views on global governance, including the policies governing inter-state relations and the use or threat of use of force in particular. Such differences extend into their practices with the US threatening to use and actually using military force in and against other countries on a regular basis and on a global scale—whereas China has only used force on a few occasions and has not done so since the end of the Cold War. China’s attempt to profile itself as a defender of the UN Charter should be understood as both a principled position in line with China’s foreign policy doctrine as well as a way to contrast itself with countries whose foreign policies are more interventionist, especially the US. Such differences in practice are evident when examining the issues surrounding the recent crisis in Venezuela.

In January 2019, large-scale demonstrations against President Nicolás Maduro took place and opposition leader Juan Guaidó declared himself “interim president.” Ever since then, the internal conflict between the opposing parties, one headed by President Maduro and the other by Guaidó, have dominated Venezuela’s politics with serious negative impacts on the Venezuelan people’s livelihood. Regarding Venezuela’s internal conflict, China and the US took different positions.

From the beginning the U.S. opted for a policy of intervention. It was the first country which recognized the opposition leader Guaidó as Venezuala’s president, and rallied dozens of countries against sitting president Maduro. The US continues to impose sanctions, which, according to Venezuela’s Foreign Minister at a UN press briefing on 25 April, have caused “horrific suffering to the Venezuelan people.” Recently US officials expressed support for a Guaidó-led uprising among the Venezuelan military, which the Venezuelan government called an attempted coup with the intention of toppling Maduro. US Secretary of State Pompeo mentioned consideration of military intervention, if needed. The US aim is clearly supporting a policy of regime change with the goal of replacing Maduro with Guaidó.

China’s position has been stated by the Chinese permanent representative to the UN and repeated on various occasions by Chinese Foreign Ministry spokespersons: “China supports the efforts by Venezuelan government to maintain national sovereignty, independence and stability. Venezuela’s internal affairs shall be decided by the Venezuelan people. China calls for parties within Venezuela to reach political resolution through dialogue and consultation under the framework of its constitution and law.” China considers the events in Venezuela as an internal affair to be handled internally through peaceful means. China is against external intervention in any form, military or not.

Looking into the Future

America’s 2018 National Defense Strategy (NDS) has listed inter-state strategic competition, not terrorism, as the primary concern for US national security. Meanwhile both the 2017 NSS and 2018 NDS categorized China as a revisionist power and strategic competitor. China perceives the US as intending to shape world order against other nations’ economic, diplomatic, and security interests — thus China seeks to challenge America’s military advantage. For its own part, China perceives the US as lavishing its power, including military strength, to maintain its global hegemony and to contain China’s legitimate rights of development.

Consequently, in the realm of global governance, the two countries will continue to purse doctrines and policies that fundamentally differ, especially when it comes to the use of force and threats in inter-state relations. The two are also very likely to continue having fundamental differences relating to the principle of non-interference in the internal affairs of other states.