The U.S. and Turkey: Past the Point of No Return? 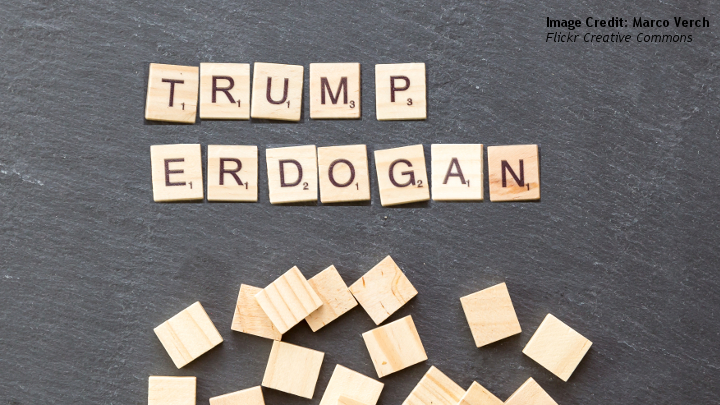 With Ankara and Washington on a collision course in northern Syria, both sides will have to rethink their priorities if they want to salvage an increasingly hollow alliance.

U.S.-Turkish relations have deteriorated for some time. But until recently, no one would have thought that the American and Turkish militaries, closely allied since the 1950s, could end up confronting each other directly. Yet in northern Syria today, that is no longer unthinkable.

In mid-January, to forestall U.S. intentions to build a “Border Security Force” composed mainly of Syrian Kurdish fighters, Turkey launched a military operation in the Kurdish-controlled Afrin enclave in northwestern Syria. On January 24, Turkish President Recep Tayyip Erdoğan expressed his determination to move beyond Afrin into other parts of northern Syria, mentioning specifically the town of Manbij, where U.S. forces are deployed alongside Kurdish YPG troops. Turkish officials warned the United States to sever its ties to the Kurdish forces, which Turkey considers a terrorist group. This led President Donald Trump to tell Erdoğan to “avoid any actions that might risk conflict between Turkish and American forces.”

The collision course Ankara and Washington are on is making any notion of a Turkish-American alliance increasingly hollow. If a point of no return is to be avoided, both sides will have to rethink their priorities, and begin to build trust. That process can begin with an honest appraisal of how we got to this point, with America and Turkey on the verge of coming to blows.

In the United States, much of the blame has naturally been laid at the feet of Erdoğan, the headstrong and authoritarian Turkish President. To American eyes, it is easy to see how Erdoğan’s growing intolerance of dissent goes hand in hand with an increasingly adventurist foreign policy that directly challenges American interests. Yet while Erdogan is part of the problem, its full scope goes far beyond a single individual. The real story of the past several years is how the Syrian and Kurdish issues have interacted with Turkish domestic politics to pull Ankara and Washington apart.

Read the full article at the American Interest.