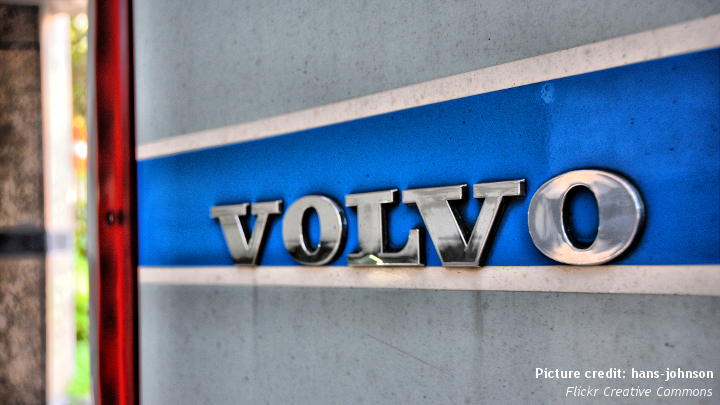 This policy brief focuses on Geely’s acquisition of Volvo Cars in 2010 and the negative media attention derived from the buyout. This case deals with many issues relating to the increasing internationalization of Chinese businesses. The recommendations outlined in this brief help inform better practices for international business acquisitions, foreign direct investment and the importance of the role of images in informing public opinions during such acquisitions.

Chinese firms are expanding rapidly across the globe. At the same time, research suggests that they are plagued by an image problem in the West, where media coverage tends to be negative. Our research supports this claim and at the same time sees how the media coverage can turn from negative to positive over time through a case study of Geely’s acquisition of Volvo Cars.

China’s Negative Image in the West

Despite China’s enormous economic development and its intensive soft power campaigns, its image remains poor in the West. Creemers (2015) suggests that China’s conception of soft power is a, “top-down, state-centered image management, thereby overlooking the relational and context-dependent aspects of soft power.”[1] Manzenreiter (2010) also asserts that even the 2008 Olympics in China failed to win over the West, “given the Western unwillingness to see the global power shift to China”.[2] Additionally, while China has a positive image in developing countries in Latin America and Africa – because it is perceived as a job creator – in developed countries there is a perception that jobs have been lost to China.

The bulk of this negative perception seems to be focused essentially on a distrust of China’s government. There are a large number of popular texts and research papers disseminated by Western media that criticize China’s political system and often predict a coming collapse of the Chinese Communist Party. These may shift the media’s perception and, by extension, the attitude of the general population when Chinese firms acquire Western businesses. A common Western notion is that when a Chinese firm buys a foreign company it is in some way acting on behalf of the Chinese government. Similarly, that China does not offer the same investment conditions to European investors in China, as it does to Chinese investors . For example, typical complaints are that foreign firms cannot invest in the banking, telecommunication, or media industries, and have reduced “freedom of maneuver” to other areas. In response to these opinions, in February 2017, the governments of Germany, Italy, and France demanded that Brussels grant them the right to veto foreign high-tech takeovers, apparently referring to China. This protectionist backlash against Chinese investment in Europe is further amplified in the media.

These elements clearly have a negative impact on the firm’s performance and valuations. From our evaluation of many studies on the subject, we found that a positive reputation in the media generates at least three valuable strategic benefits. First, it is less costly for a firm; second, it allows a firm to increase its prices; and finally, it can create competitive barriers. In the case of reporting about China, the literature suggests that reports are biased against Chinese firms. The competition for creating sensational audience attention and advertisement create incentives for media houses to focus on maximizing profits rather than promoting journalistic integrity. In our case, the Swedish media collectively took a combative approach when covering Geely’s acquisition of Volvo cars during 2008-2013. Since the middle of 2013 the tone has gradually moved to become positive.

The Chinese company Geely’s acquisition of Volvo Cars is an important case study to show that the negative image of China reported in the media may not be entirely accurate. This acquisition was covered extremely negatively by the Swedish media from 2008–2013. This is even though Volvo Cars’ performance increased in terms of innovation and global sales, except for during a short, turbulent period following the takeover in 2010.

There are some facts to note here. Before Geely’s acquisition, Volvo Cars was not, in fact, Swedish owned. On March 31, 1999, the American Ford Motor Company bought Volvo Cars for $6.4 billion. On March 28, 2010, China’s Zhejiang Geely Holding Group (or “Geely”) bought Volvo Cars from Ford for $1.8 billion. This was 71.8% less than what is was sold for in 1999, given that by 2010, Volvo Cars was suffering from massive losses. Even so, the purchase was the largest overseas acquisition ever made by a Chinese company at that time and the first time a Chinese automotive firm had fully acquired a premium European brand.

As part of this case study we analyzed a large number of articles published in the Swedish media between 2008 and 2013. Our findings were:

However, since the second half of 2013 the Swedish media tone changed when Volvo’s continuous record growth was an undeniable fact. There was a 66% increase in operating profit in 2016 from 2015, with a new record of 534,332 cars sold in 2016, a 6.2% increase compared with the already record total in 2015. One media report in 2016 concluded: “Fears that mass-market manufacturer Geely would destroy Volvo have so far come to naught.” There was a realization that Volvo’s quality had not deteriorated and jobs were secured.

Our research shows that the initial reaction of the media was based on a preconceived stereotyping of China. The stereotype was of China as a country of cheap labor and low-quality products that many believe would eventually push Volvo Cars in the same direction. China was perceived as a copycat nation, and the acquisition meant an easy route to plagiarism by other Chinese firms within “Chinese communism”.

Throughout our case study, we uncovered a number of interesting research questions. The most interesting are; what business areas are most susceptible to media criticism in terms of performance, what leadership traits and qualities are required to achieve high performance sustainably irrespective of the negative media coverage? We also noted the lack of research on what mistakes Chinese firms make in their internationalization processes in developed versus developing countries.

In the case of Volvo Cars, the Chinese owner Geely appeared to have outperformed Volvo Cars’ earlier American owner Ford, suggesting that Chinese business practices may be more competitive and effective. Another success story is that of Chinese company TMT’s acquisition of German auto parts company Boge Elastmetall in 2014. The acquisition was met with strong initial resistance, but looks increasingly promising. One more recent case is the Chinese company Midea acquiring German Kuka. The host country’S media seems to have shown a similar change of attitude, i.e., moving from sheer resistance to gradual acceptance.

In conclusion, we recommend that Chinese acquisitions need to be analyzed critically. Unprofessional companies exist and China is no exception, but, there are also very competitive and highly professional Chinese investors that can create win-win situations for all the involved stakeholders.

In the current global climate of rampant nationalism, trade protectionism and US-China strategic distrust, negative media perception is almost assured for Chinese firms in the West. With this in mind, there needs to be more research to combine the literature on the internationalization of Chinese firms with that on corporate social responsibility. This will provide for a more accurate analysis of the state of the internationalization of Chinese firms rather than quick media accounts.

Dr Tony Fang is an Associated Senior Research Fellow at ISDP and a Professor of Business Administration at Stockholm Business School of Stockholm University.

Dina Chimeson is a Doctoral Candidate at Stockholm Business School of Stockholm University.

This policy brief is largely derived from an  article originally published by the same authors in Thunderbird International Business Review in 2017 which can be found here.