“Weaponizing” the Diaspora: Erdoğan and the Turks in Europe 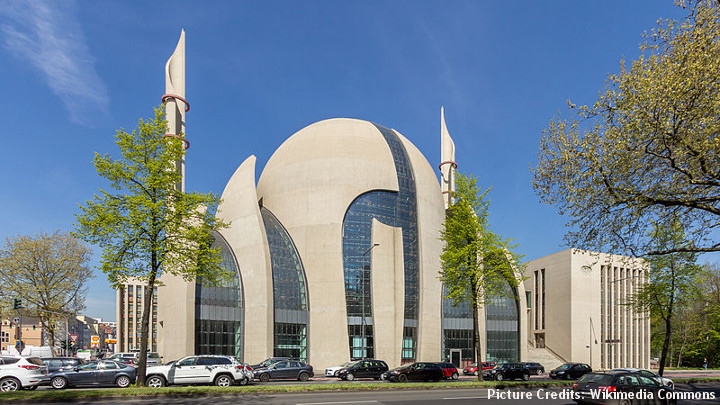 Scandals have emerged all over Europe over the alleged illicit intelligence activity of organizations loyal to Turkish President Recep Tayyip Erdoğan. But the issue is considerably larger. The Turkish government has engaged in a systematic effort to mobilize the Turkish diaspora in Europe for the purposes of Erdoğan’s regime – as voters in Turkish elections, as a pressure group in the politics of their countries of residence, and as informants and bullies against Erdoğan’s opponents.

BACKGROUND: Up to three million people with origins in Turkey live in Germany, close to a million in France, half a million each in Austria, the United Kingdom and the Netherlands, a quarter million in Belgium, and close to 200,000 in Sweden. While the majority are Turks, a significant minority are Kurdish, and other minorities are also strongly represented.

For decades, the Turkish diaspora has tended to be a factor uniting rather than dividing Turkey and Europe. This is not to say there has been no spillover from Turkish domestic troubles. Kurds from Turkey have tended to be highly politically active and mobilized against the Turkish state, and the Kurdistan Workers’ Party (PKK) and affiliated groups have been able to use Europe as a base of operations and fundraising.

This has often been a bone of contention between European states and Turkey, and social unrest between Turkish and Kurdish nationalists has also spilled over into Europe. In the past, the same freedoms that allowed the PKK to organize in Europe also benefited the Islamist movement. Necmettin Erbakan’s Milli Görüş (National Outlook movement from the 1970s onward grew rapidly in Germany, and even more radical groups emerged that could not have thrived in the more restrictive environment of Turkey.  This included the “Caliphate State” movement in Cologne led by Cemaleddin Kaplan.

The Turkish state always paid attention to the diaspora, and in particular to the risk of Islamic radicalization among Turks abroad. This is why Turkey and European states agreed on the deployment in Europe of imams from Turkey’s Diyanet, the State Directorate for Religious Affairs to mosques. Because Diyanet was conceived to exercise control over religious affairs, Turkish and European interests converged: Turkish state-appointed imams would help ensure that the Turkish communities did not get attracted to radical ideologies. As a result, the Diyanet controls up to a thousand mosques in Europe. These include about 600 in Germany, 200 in France, close to 150 in the Netherlands, 60 each in Belgium and Austria, 40 in Switzerland, 30 in Denmark, and at least nine in Sweden.

Yet until recently, the Turkish state did not work in a systematic and effective manner to utilize the diaspora for political purposes. This has changed in the past several years. Since 2014 Turkish citizens living abroad can vote in embassies and consulates. Over three million eligible Turkish citizens can now be targeted for domestic political campaigns, which makes Turks abroad the third biggest voter constituency, after   the populations of Istanbul and Ankara. Since Turkey’s opposition lacks the resources to campaign abroad, and since many Turks abroad sympathize with the incumbent government, the use of state administrative resources to sway these voters becomes an important factor in national elections.

Turks abroad also vote in European countries – especially after Germany liberalized its citizenship laws in the 1990s and subsequently allowed dual citizenship. As a result, if Turks abroad can be mobilized for the purposes of the Turkish government, they can serve as an important electoral block that can reward or punish European leaders depending on their attitudes toward Turkey.

Turks abroad have also become a factor in the hyper-securitized political environment of Turkey. Opponents of the Turkish president – especially Kurdish nationalists and supporters of the cleric Fethullah Gülen – have been branded as enemies of the state, and as terrorists. As many of these have sought refuge in Europe, a more organized Turkish diaspora can be used to provide information on and to intimidate, these groups.

IMPLICATIONS: President Erdoğan’s decision to reshape his governing coalition in 2015 helped consolidate the Turkish diaspora abroad. Turkish ultra-nationalist groups and their Islamist counterparts in Europe tended in the past to be at odds with each other. But after Erdoğan adopted a nationalist line after his party’s setback in the June 2015 parliamentary election– with the Justice and Development Party (AKP) and the Nationalist Action Party (MHP) joining hands –  it also became easier to bring these disparate groups together in the European diaspora. Erdoğan’s government appears to have been successful in bringing under its influence both the Islamic National Outlook movement as well as ultra-nationalist Turkish groups in Europe. The former chairman of National Outlook in Europe, Mustafa Yeneroğlu, is an AKP member of parliament since 2015, and the allegiance of ultra-nationalists has been facilitated by the appointment of former MHP vice-president Tuğrul Türkeş – the son of the legendary ultra-nationalist leader Alparslan Türkeş – as Deputy Prime Minister. Two government bodies in Turkey are keys in coordinating the diaspora. The Directorate for Turks AbroYurtdışı Türkler ve Akraba Topluluklar Başkanlığı, YTB) is a government body led by Deputy Prime Minister Türkeş. It has representatives in each European country that jointly form an advisory body, and function as a direct interface between the Turkish government and the Turkish communities in Europe. YTB recently drew headlines in Sweden, when it was revealed that its point man, Refat Candemir, also styled himself a mentor for Mehmet Kaplan, the Turkish-born Green Party politician who had been appointed Sweden’s Minister of Housing in 2014, and who was forced to resign in 2016. Candemir had accompanied Kaplan on up to twenty trips to Turkey in less than two years. Of even greater importance is the Turkish State Directorate of Religious Affairs. As reported in the October 19, 2015, Turkey Analyst, Erdoğan has repurposed the Diyanet. While it in the past served as a check on Islamic radicalism, it is now used to amplify the Islamist ideology of the AKP. This has increasingly important implications in Europe.  The Diyanet Foundation, created in 1975, opened up branches in most European countries with sizable Turkish populations in the 1980s, through which the Diyanet can disburse funds in European countries and contribute to the construction and management of mosques.

The Turkish-Islamic Union for Religious Affairs (DITIB), founded by the Diyanet in 1984, functions as an umbrella organization for Turkish Islamic associations in Europe. Through the nominally autonomous DITIB, Diyanet appoints imams to serve in over a thousand mosques around Europe. This process is supervised by the attachés for religious affairs at Turkish embassies and consulates, who are themselves Diyanet officials seconded to Turkish missions abroad.

The AKP has also built a network of loyalist associations across Europe, under the umbrella of the Union of European Turkish Democrats (UETD), created in 2004. UETD has branches in thirteen European countries, and while each branch is organized in conformity with local legislation, they are all controlled from UETD headquarters in Cologne, Germany, and by extension, from the presidential palace in Ankara. The UETD is not formally affiliated with any political party. In practice, it functions as the extended arm of the AKP; its representatives repeat Erdogan’s talking points in European media, and the UETD organizes demonstrations on issues of importance to the Turkish regime.  Its branches regularly host AKP ministers and parliamentarians as well as affiliated experts and academics at events across Europe.

In Germany, Erdoğan has gone even further: he has created a political party. The Alliance of German Democrats, created in 2016, is led by former UETD Head Remzi Aru, Erdoğan’s most prominent advocate in German media. In interviews, he has explained the creation of the party with the assessment that no other political parties in Germany are acceptable to his supporters. This array of increasingly well-coordinated groups has come in the limelight lately, though not primarily because of the recent diplomatic rows over Turkish Ministers being denied entry to several European countries to campaign for diaspora votes. In fact, those rows appear to be more of a consequence of the deeper and more troubling allegations of illicit Turkish intelligence activity.  Since the failed coup, Erdoğan’s government appears to have instructed all organizations under its control in Europe – and elsewhere, including the United States – to counter the Fethullah Gülen movement, which Erdoğan blames for orchestrating the coup.  The Turkish government has demanded that Gülen-affiliated organizations and schools be closed down, and that Gülenists wanted in Turkey be extradited. And while there is much to indicate that Gülenist elements in the military were indeed involved in the coup, European judicial systems do not provide any grounds for closing down legally formed schools and NGOs, much less extradite individuals – in many cases European citizens –  on the basis of Turkish allegations of the movement’s collective guilt.

Systematic efforts to collect information on, and intimidate, Turks opposed to Erdoğan — most but not all of which are affiliated with the Gülen movement— in several European countries have incriminated all of the organizations mentioned above.  Diyanet-appointed imams have been at the forefront of this intelligence operation, reporting on Gülenists in Europe and denying them access to mosques; evidence has emerged suggesting the UETD head in Sweden has threatened Gülenists; and in several countries, it has emerged that Turks are encouraged to report Gülenists, and other dissidents, to Turkish Embassies and consulates. This has been accompanied by a growing wave of violence against Gülen-affiliated targets, but also by attacks by the left-wing DHKP-C on UETD facilities in Germany.

CONCLUSIONS: The repression in Turkey is having ripple effects in Europe. While Turkey was always a problematic partner for European countries because of its democratic deficiencies, it abided by diplomatic rules. Ankara was often incensed by the lack of European cooperation in countering the PKK, but responded by diplomatic means, and by enlisting the support of the U.S.  Erdoğan, however, now has no qualms about interfering in the internal affairs of European countries.

This fundamentally alters the nature of the relationship between Turkey and Europe. The recent pronouncements of Turkish leaders and the actions of the Turkish government are more reminiscent of an antagonistic state than a “candidate country” to the European Union.