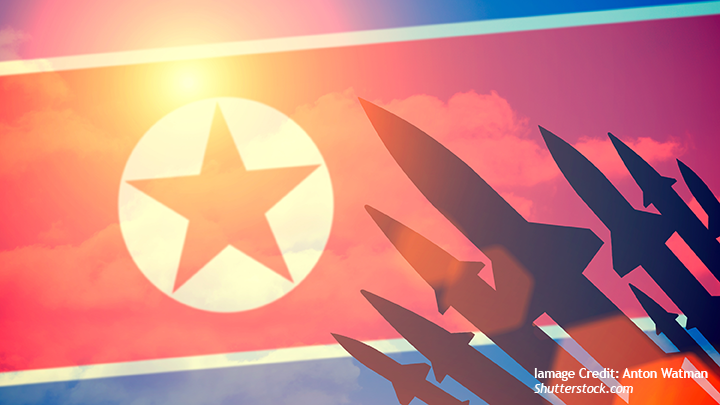 A day before the 74th anniversary of the country’s founding, North Korea’s supreme leader Kim Jong Un publicly declared that his nuclear weapons are no longer a bargaining chip for talks.

“By promulgating a law on a policy of the nuclear forces, our country’s status as a nuclear-weapons state has become irreversible,” the North’s state-controlled Korea Central New Agency (KCNA) quoted Kim as saying during his speech at the 7th Session of the 14th Supreme People’s Assembly on Thursday.

Calling the United States the first country that used nuclear weapons and the most powerful nuclear state, Kim said his country’s nuclear arsenal is “a deterrent and ultimate weapon” that has been developed “to eliminate nuclear war and secure the country’s pride and safety.”

While saying that “removing our nuclear weapons is the purpose of the U.S.,” Kim also stated that the ultimate goal of  U.S. attempts to denuclearize his country is “the collapse” of Kim’s regime.

Kim accused the U.S. of fomenting North Korean people’s complaints toward the party by imposing large scale economic sanctions against his country. He confidently stated that it is “misjudgment” and “miscalculation” by the country’s adversaries – which refer to the U.S. and South Korea – stating that the sanctions only strengthened the North Korean government’s commitment to develop nuclear weapons.