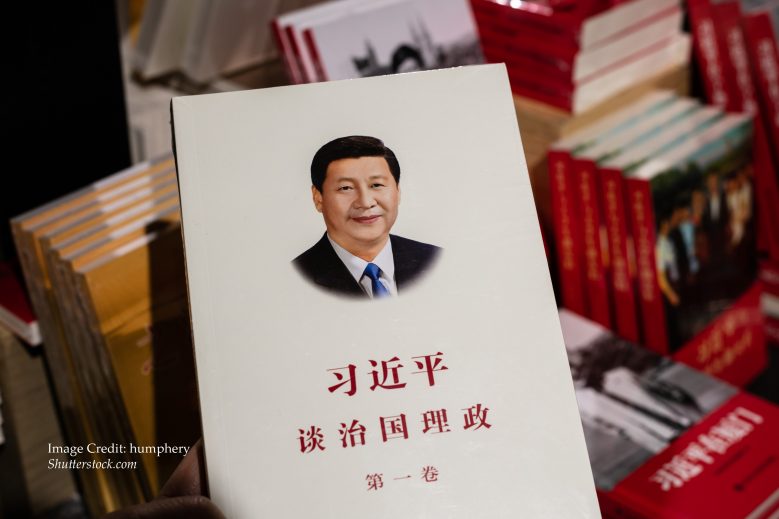 One of the latest extensions of Xi Jinping’s influence on Chinese society is the incorporation of ‘Xi Thought’ into elementary and middle school curriculums. Like his predecessors, Xi is continuing the tradition of Chinese leaders defining their own ideology as guiding principles for the people and the Nation. He is already considered a standout leader in the history of the Chinese Communist Party (CCP) like Mao Zedong and Deng Xiaoping before him. ‘Xi Jinping Thought on Socialism with Chinese Characteristics for a New Era’ or ‘Xi Thought’ was added to the CCP’s Constitution during its 19th Congress in 2018 and proclaims 14 guiding principles for the Chinese Nation, the Communist Party, and Xi himself as the leader. Xi sets out a plan to build a ‘moderately prosperous society’ by rebalancing the economy and tackling inequalities, and to carry out deep-going reforms of key institutions such as the corrupt judicial system. Xi Thought proposes a strategy to achieve the Chinese Dream of building a great socialist society and rejuvenating China and its role as a central global power. There is much speculation on Xi’s intentions: Is the main objective to secure his own position of absolute power, to export the Chinese model internationally, or to restructure Chinese society? Whatever the driving force behind it, Xi Thought emanates from a fear of power decline and presents many contradictions that could weaken the CCP in the medium term.